The Chronicles of Origin

Aron Taylor’s new series Chronicles of Origin is a six-part sci-fi epic that contains over 400,000 words and was impressively written in just 90 days. 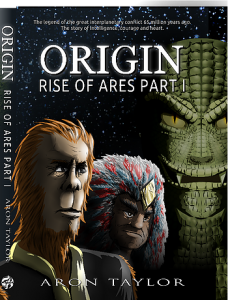 It was always known “they” were out there, and now the fate of the human race is uncertain as Earth is visited by a dark force. Unwilling to leave humanity’s fate in the hands of the President, Michael goes on a mission to uncover the truth behind the Gods of Origin and possibly save the human race.

Filmmaker Aaron Pacentine is working to produce a documentary film about the 1985 cult film Return to Oz.

Pacentine narrates Remembering Return to Oz, which includes interviews with various crew members from the film including actors Emma Ridley and Justin Case. The film is currently getting funding on Kickstarter and the incentives for fans are a wide variety of Return to Oz media. Backers can receive DVD copies of the film, a comic book, or a replica of the Oz key.

Everyone loves to curl up with a good book, but who would have thought it could be possible to enjoy a book using virtual reality?

Well, creative minds from Key 7 Studios are developing the first virtual reality book Angels and Demigods. The basic concept is it will allow users to have a 360-degree view of the environment and will allow them to interact with characters. What is known about the plot is that it takes place on Ecceladus, the sixth largest moon of Saturn.

Watch the alpha test for Angels and Demigods:

After the events in the film Star Trek Beyond (no spoilers), the crew from the Enterprise could be on the market for new jobs.

With the help of the recruitment site Adecco, Star Trek fan Bryn Roberts created resumes for characters Jim Kirk, Spock, and Scotty. A fourth character named “Fred Shirt” was also added (can you guess what his special skill is?). Each character has a resume full of meta references that are sure to make fans laugh.

Find out if Kirk and the other Enterprise crew have what employers are looking for.

Have you ever wondered who/what would inherit the earth decades from now when we’re all gone? 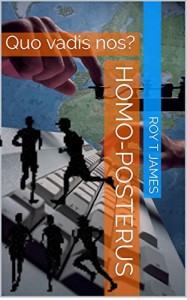 Written by Roy T. James, Homo-posterus follows a scientist who travels to 3000 AD in order to meet his successors. There he learns about the superhuman race that has since become the dominant species and how humans died. However, as he plans to head back home the superhumans reveal their intent to keep him for research.

Get your copy of Homo-posterus today.

A New Age: Clash of Civilizations

Have you ever wondered how history would look if certain events had different outcomes, like if the Confederates had defeated the Union in the Civil War?

A New Age: Clash of Civilizations is an alternate history film written and directed by Kiyun Sung. The film follows civil minister Yoon Taek-Soo during the “Asia-Pacific Peace Conference” in his quest to accomplish his national dreams. The film takes inspiration from other films such as The Man in The High Castle and The Years of Rice and Salt.