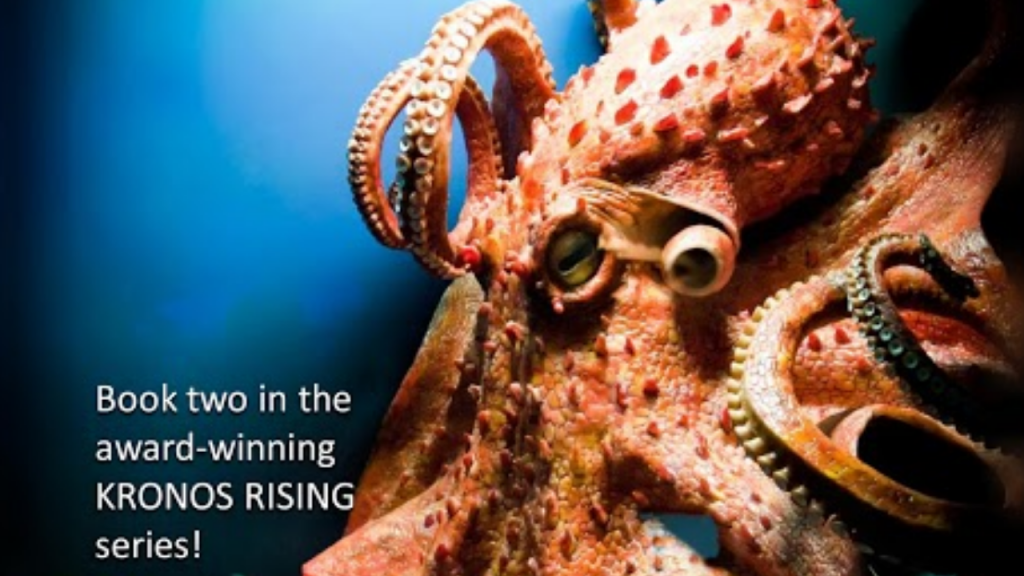 If you love music as much as you love Sci-fi you can now combine both interests into one great package.

French indie electronic music producer Ben, aka unTIL BEN has released a sci-fi story in the form of a digital album titled The Ray. The Ray is a series of eight tracks about a man who has to leave earth to stop a mysterious ray from approaching from space.

In the future intelligent machines pull off a reverse Skynet and resurrect the human race, but an alien race known as Hexi threaten to wipe them out again.

The Farthest City is the first novel by author Daniel Swenson. The story follows soldier Sheemi who wants revenge after the aliens killed her brother and civilian Kellen obsessed with the origins of the machines. Their personal journeys bring them into the crossfire of the hostile aliens and closer to the truth behind the machine’s motives.

Sharks are no longer the biggest threat in the ocean; wale sized prehistoric pilosaurs are have brought terror to oceans all over the world.

Brothers Garm and Dirk Braddock struggle to kill the fast-multiplying predators but discover their blood contains a pathogen deadly to marine life. Things go from bad to worse when the Kraken, another prehistoric predator awakens from the ocean’s depths hungry for prey. Kronos Rising: Kraken is the second book in the Kronos Rising series written by Max Hawthorne.

Star Trek fans love to get together and discuss the franchise and now they can form more personal connections with each other.

TrekDating.com is a site where Trekkies can find love online, there are members across the globe including the USA, UK, Ireland and Australia. There are many testimonials from successful matches which include company owner Jonathan Baird who met his wife on the site.

Sign up and find the Trekkie of your dreams: http://www.trekdating.com/

The Men of Tomorrow

Jordan Foster just wanted some toast but when her toaster malfunctions she finds herself propelled into the future.

In the future Jordan meets a group of convicts who spend their days maintaining a virtual world most of society lives within. The Men of Tomorrow was written and directed by Mike Robida and produced by over 30 Emerson College students as a thesis film. In order to complete the film a funding campaign has been set up with incentives that include a DVD or Blu-Ray copy of the film. The campaign has so far reached nearly $1000 of the $3000 goal.

Through the magic of Immerset eyes and ears, the futuristic city of Vanille can look like paradise to anyone who wears the devices.

Unfortunately for one father and son their utopia is threatened when the father’s Immerset begins to fail. Determined not to face his traumatic past he ventures out into a city where danger and violence lurks underneath the idyllic illusion. The Nostalgist was written, directed and produced by Giacomo Cimini and was screened at several festivals, including the Giffoni Film Festival in Italy where it won first prize in the Best Short Film category.

Fresh from they’re debut album Welcome to Our Church, Black Tiger Sex Machine’s music video for their hit single “Numbers”. The video is a reimagined take on the opening scene from the movie Blade.