Okay everyone, some new stuff is coming to Sci-Fi Bloggers, but we wanted to prep you for it with some classic, independent spotlighting. So, ladies and gentlemen, we invite you to follow us as we take a look at what’s happening… AROUND THE NET!

Sam is an unemployed college graduate who lives with his mad scientist father and spends his days hanging out with his stoner friend Alex.

They spend their time exploring grandiose office buildings and one night Sam has an encounter with alien spaceships. Sam and his friends then embark on a quest for alien contact and self-discovery.

Sam the Spaceman was written and directed by Alex Russek. You can find all of Sam’s hilarious antics on Vimeo on Demand!

Borders of the Imagination

Now what we have here, just so you know, blew me away when I first saw it. The level of creativity and ingenuity put into this was so out of left field. I had no idea something like this could work so well. From the minds of lifelong friends Reuben Meltzer and Benjamin Friedman, imagine a world where the imaginary friends and nightmares of children come to life…in droves.

I won’t say anything more. Just watch the trailer.

The campaign for this incredible work of art, this GENIUS concept, is already complete. However, you should still head over there by clicking HERE and learn all about it.

Dubai is a very popular tourist location in the Middle East, so much so that in this sci-fi film aliens have chosen to visit…but not to take in the sights.

Directed and written by S.A. Zaidi, Aerials is a science fiction story featuring the invasion of Dubai. This is a dream project for both Zaidi and producer Ghanem Ghubash who independently funded the film and spent two years completing it.

You can see the haunting trailer and learn more about Aerials by visiting the film’s Facebook page HERE.

Well, today certainly has been film-centric, huh? How about some pages to balance things out? And how about we throw something exciting on those pages? Something like…Androids. 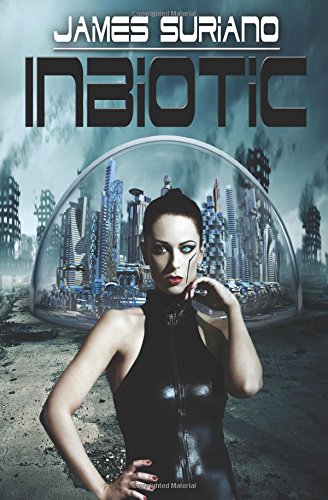 Alia Vicadora is an Android created with stolen government technology who can process the emotional components of enemies. Her creator wipes her mind and gets rid of her, fearing the government may discover what he did. Alia struggles to integrate into human society and soon finds work as an adult film star; her fame attracts the attention of the secret group Inbiotic who plan to use her to forward their own agenda.

Inbiotic is the intriguing debut sci-fi novel of James Suriano. Check out his interview with the Huffington Post HERE. You can also get your copy of Inbiotic right over HERE.

Let’s cap off today’s Around the Net with something you weren’t expecting at all: sound. Danny and Bill are two nobodies on the bottom of the corporate ladder, but that changes when their boss asks them to go back in time to 1975 and fix her biggest mistake.

Devon Hyland and Connor Thompson are the writers, directors and editors of the six-part, sci-fi, audio comedy, Time Drones. Produced in under a year, Time Drones was created to be a blend of old-style radio plays, spooky sci-fi and wit.

And that’s everything! Again, stick around and you might notice some changes around here. Outside of that, can’t wait to see you guys next time we go…AROUND THE NET!

If you enjoyed Manny’s trip, you can find the rest of his work right HERE on Sci-Fi Bloggers. You can also follow him on Twitter @KN_Manny.