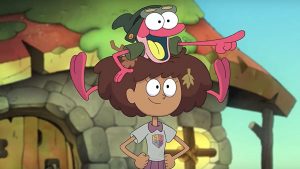 Amphibia Is A Show With Several Distinct Themes

Amphibia wants to make dark jokes and frog jokes, and it succeeds at both. Or at least that’s what the early episodes are about. A more continuous plot starts later, but for the first few episodes, the show is content with slice-of-life fun.

Like, the initial worldbuilding shtick is these frogs live in a swamp of things much bigger than them. The darkness of the series comes in when it’s implied how easily they could get eaten.

But it’s not traumatizing. It can be very silly, though younger viewers might not understand all the jokes. For instance, a character is obsessed with candy to the point of saying stock addict phrases. 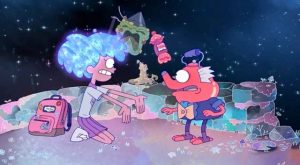 The Humor Here Goes To A Lot Of Strange Places

And then there are the frog jokes. They come in a few modes. You’ve got the obvious gross-out humor of slime and long tongues. Some visual jokes and puns. And then there’s the Kermit the Frog references.

Yes, you read that right. I can’t be the only one who notices how often the animation and physicality of the characters directly feel like Kermit at his most energetic. It’s the oddest thing, but I could not shake it (and it turns out there’s a much bigger reference later in the show).

And I hope that gives you a good idea of if the humor will suit you. There’s a lot of it, so it’s a make-or-break point. But what is unambiguously awesome, is the character work. The frogs are likable, but the main human makes this cast. She’s brilliantly done. 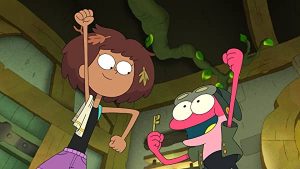 Amphibia Has Quite The Fantastic Main Character

I’ve seen so many generic teens in shows. Anne is not one of them. She’s more deeply flawed and interesting. Her arc so far tackles something I’ve never seen explored outside standalone episodes in other shows: toxic friendships. A lot of kid’s media deals with friendship and learning to be friends, but few hammers on the differences between actual companionship and manipulation. Having your main character, in a Disney show no less, be honestly bad at social interactions, and maybe deeply lonely, is bold.

It’s with her that the show finds its footing. She’s not just a blank slate everywoman for things to be explained to for the audience. Through her and the frog family, we get stories about culture clash and a new person entering a household. I wouldn’t mind the show just staying with this domestic plot style, because it does it so well. But seeing these characters overcome any obstacle would have such camaraderie baked in that it’d be hard not to smile about it in the end.

Amphibia understands its emotional core and uses it well. It’s a show wonderful for children and has enough to it for adults to enjoy it in smaller bursts. I can’t speak much to the later more adventure-based episodes, but from what little I know, I trust these writers to keep that core alive. I trust this show enough to recommend you give it a look. 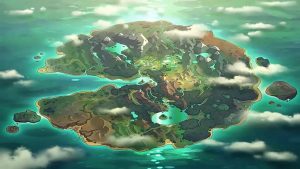