Alien Worlds Is Not Really What You Think It Is

I did a little looking, and the consensus is Alien Worlds has a lot of scientific inaccuracies with its touted alien planets. That, to me, is fine enough. The alien worlds are not the appeal of this show, as strange as that sounds. You only get five broken minutes or so of CGI footage per episode.

It’s actually not the coolest thing about it.

No, what the show is, is a way to teach a lot of biology and ecology in a way that’s engaging enough to hold your interest. With its framing device, it shows how alien our planet is. The real-world locations shown are beautiful, wild, strange, deadly, or any combination thereof. It gives you this grand scope of how amazing life in any form existing on a planet is. 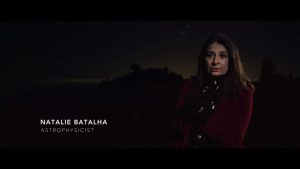 This Show Is A Delightful Exploration of Science

In fact, I got several moments of child-like wonder and delight—and the show is operating on that same mindset. It likes to go on somewhat wild thought experiments. Creatures can live in a place that’s never had light. What could that mean for half an entire planet? Falcons hunt by using gravity. Imagine a swarm of bugs that do the same! But it doesn’t spend that much time on each concept—just enough to teach something about the real world.

So, yeah, know that the show’s marketing doesn’t represent its best aspects. I would love to see a series that’s all about scientifically accurate alien worlds, but I like what we got instead. It’s hard to make education fun sometimes, and it’s worthwhile when it succeeds.

And Alien Worlds not only makes its teaching fun, but it shows how cool science is, and has been for decades. It shows human ingenuity in the face of massive barriers, and how we’ve still found truth. Alien Worlds sparks the imagination and maybe will make a few scientists in the future.

And that’s good enough for me. 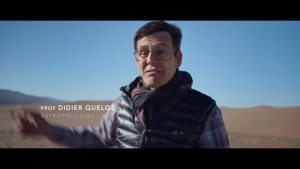