With a camera and voice recording device, GPS locator, barcode scanning capability, and access to the internet, anyone with a smart phone can gather a lot of information. To someone who has seen The Dark Knight, the recent Captain America: The Winter Soldier, Minority Report, watches Person of Interest, or has experienced any number of sci-fi stories that involve a character leeching information off of communication devices, this scenario seems familiar. If everyone carries electronic eyes with them, someone is going to take advantage of them. 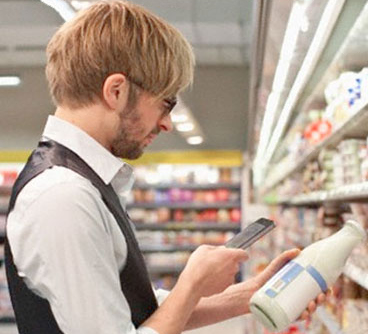 But this is real life, and currently the technology is being used not to take over the world but rather for marketing purposes. Meet GigWalk, a smart phone application (only truly successful on the iPhone) that calls upon the masses to do small market research tasks like checking on store displays or location-specific item prices. It seems ingenious and, yes, kind of like something Batman would rig to track down the Joker, but it’s apparently better in theory than in practice.

Using the GigWalk app means that companies can potentially draw on thousands of amateur employees for mini jobs rather than giving the work to those already tasked with marketing research. What this means though, is that you’re entering a job market that is even more biased toward the companies. Depending on your location, even getting a “gig” on GigWalk is not guaranteed. If you do get a gig and complete it, the compensation for the work is often low (and slow, due to PayPal rules).

Although the original idea was that the app would allow moderate payment for simple tasks, reviewers have discovered that some of the jobs provided are not that simple, with some saying they are spending just as much money on transportation as they are receiving in payment for the gig. The general thought is that the app needs work and that the system is not as guerilla entrepreneur as it markets itself to be. Those already in the business of checking up on stores for product interests can use the app to make extra money on the side, but the average citizen might find it more trouble than it’s worth. 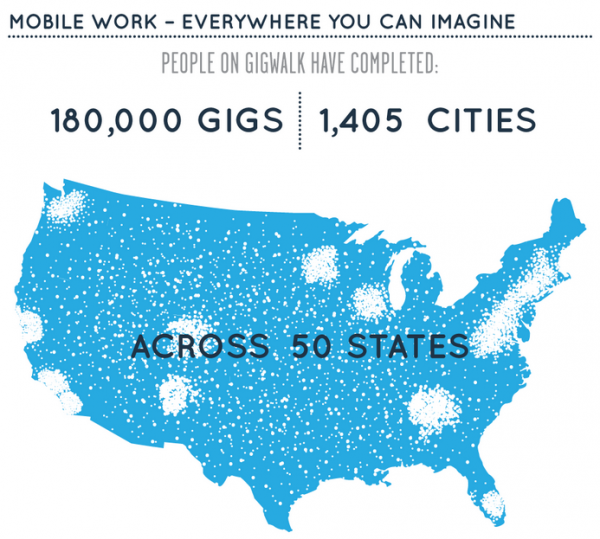 The ideal is little jobs everywhere, but realistically there are going to be some hotspots.

But take a look at the greater picture: this imperfect app is just one part of the corporate trend to be a bit more like Marvel’s S.H.I.E.L.D.  By using something like this app to tap into an almost crowdsourcing type of employment, or jumping on social media sites to spread viral ads, or reading our Twitters to get opinions, companies are demonstrating an interest in what is called “big data.” Big data is essentially what its name implies, an amount of data so big that it can’t be processed with common or normal-sized computers. But in terms of what it means to our society, it’s all the data that our phones collect and release, that security cameras pick up, that satellites capture. It’s the data of our lives that organizations can use to project trends and off of which they try to make money.

The on-your-face/in-your-face obviousness of the Google Glass may make people more aware (and outraged) that their actions can be recorded and watched by many, but the fact of the matter is that someone could be Instagramming and/or Tweeting about you already and you would never know. The ability to collect the data is there and, thanks to apps like GigWalk and others, people are trying to access it. And the thing is, this app could be really useful if smaller companies used it. Imagine the helpfulness of guerilla market researchers at San Diego Comic Con, NYCC, or another convention. How are mainstream items marketed vs. those of indie companies? Which one really does better? Among women? Among men? How do people respond to this comic or to this new TV show in real-time?

Data is just data. It can be used to move our civilization in a positive direction (i.e. supporting a social justice cause) or a negative one (taking over the world, etc.). Not to get too X-Files on you, but perhaps we should take a moment to consider the fact that all this info is just here for the taking. Because maybe next time it won’t be just money-seeking corporations who are asking us to collect data, it might be someone a bit more, well, X-Files. So, with our sci-fi knowledge in hand, let’s think smart and see what we can do with the big data swirling around us.