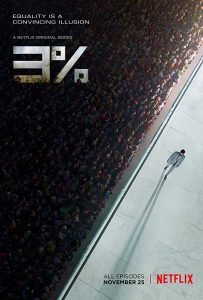 Watching 3% Has A Minor Entry Barrier

Let’s get the obvious thing out of the way regarding 3% as an English speaking, American viewer: if you just press play, it’s in Portuguese and dubbed over with English actors, with the only other option being to watch it subbed.

Even if the characters mouths don’t match quite right, and it can be a bit hard to hear certain lines, good storytelling shines through. Cleverness can overcome.

And 3% is clever, though familiar. I grew up reading YA dystopia, and this show seems like someone finally decided to adapt something like The Hunger Games or Divergent to a television series. A medium where the story can play out on a much better timeline. 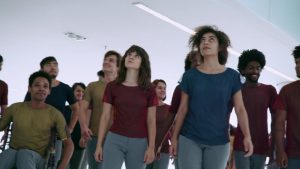 3% Has Familiar Underlying Structure To Its Plot

But the comparison also bred concern.

When I began watching 3%, my initial worry was we were going to spend the whole time on the rebellion against the dystopia or on some character that was uniquely amazing in some way. I’ve seen that play out so many times, and, honestly, I’m sick of that plot. One of the joys of science fiction, dystopia or otherwise, is getting to see the world that we’re in, and not just its upheaval.

Thankfully, I got part of my wish.

3% revolves around a series of tests that weed out all but 3% of the population and allows that section to go to the “Offshore,” a supposedly idyllic, opulent society, and while there are smidgens of characters trying to cheat the test or fight the system within the first three episodes, we get to see test after test happen. Looking at the descriptions for the next few episodes also suggests that the show continues with that plan. 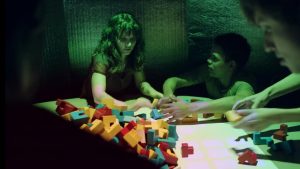 3% Knows What It Does Best And Does So Often

And, to expand on a previous statement, that’s refreshing. For me, the most interesting part of The Hunger Games was the games themselves. In Divergent, it would have been nice to see what, say, Candor, was up to during the plot. While I get deviation from the norm is a fundamental part of storytelling, when you’re dealing with a sci-fi world, the world itself is already deviation—and I liked the chance to really explore the tests and the people within it. Good character writing and interesting choices make it engaging to see who and how each person passes the tests. 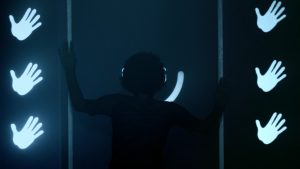 3% Is Structured Like A Novel And Benefits From It

But, break from the praise: the problems, and the show does have a few, come out in this close, detailed look. I’m just going to lay it out there that some of the acting is hammy and odd. Could be a cultural thing, maybe, but it’s noticeable. But the bigger issue, to my mind, and perhaps I’m devolving into nitpicks, is that a lot of the tests rely on the candidates being somewhat non-violent. And with the stakes what they are, I don’t see real people being that calm. Tests sometimes happen in open spaces, and they often send a single administrator to restrain malcontents. I know the story sets up that “The Process” of testing is sacred, and most are raised to simply accept it, but I can’t see that many young adults being screwed over royally and not more often trying to fight or cheat their way through. 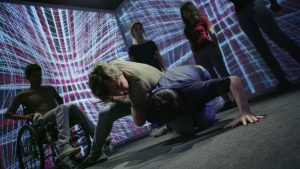 3% Has A World With Some Logistical Concerns

But, ultimately, the 3% is a good enough show, a well-written enough show, to be worth watching. It was rather interesting to see another culture than my own’s take on dystopia—to see foreign sci-fi that wasn’t Japanese. It has a compulsively watchable quality despite everything—and is paced almost perfectly.

And, yeah, maybe only 3% of the people who read this will consider watching it, but those people, and I hope you’re one of them, are going to have a lot of fun.