From the guy who created Freaks and Geeks comes a new workspace comedy launched into orbit: Other Space. Paul Feig decided to take his series to Yahoo! Screens, Yahoo’s own streaming service. The first season consists of eight, 25-minute episodes which all became available on April 14th. Get a look at the trailer.

The show follows the crew of the UMP Cruiser as they try to figure out how to deal with the happenings of navigating through space. There’s a fresh cast and really great jokes. The humor is silly as are the pokes at science fiction tropes throughout the years. It’s obvious from the teaser that the crew are not nearly ready for any real exploration. 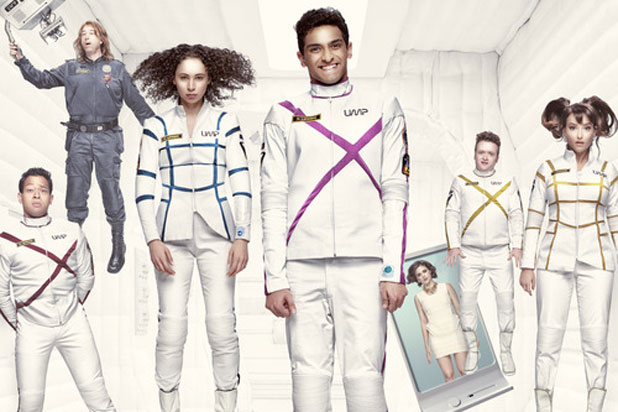 Stewart Lipinski is an overly excited yet naive young man who’s been put in charge of his own ship, much to the dismay of his older sister, and second in command, Karen, who is more suited for the job. His best friend, Michael, takes over third in command even though he has been promised second since the two were young boys. The rest of the crew consists of an attractive AI, a lovestruck navigator, a science officer with a secret and an engineer that has been exposed to far too much radiation. It’s like they launched Parks and Recreation into space. The relationships can be tense, the effects can be laughable, but it’s all in good fun. It’s a quick first season to get through and it’s one you should take some time to appreciate.

Every episode is available for free over on Yahoo! It is still to be determined if there will be a second season, but the show is currently boasting a 91% Fresh rating over at Rotten Tomatoes. It will be interesting to see if Yahoo, unlike other networks, decides to let the show grow.

If you enjoyed Carly’s YAHOOOOOOOOOOOooooO, you can find the rest of her work right HERE on Sci-Fi Bloggers. You can also follow her on Twitter @MrsCarlyRodgers.