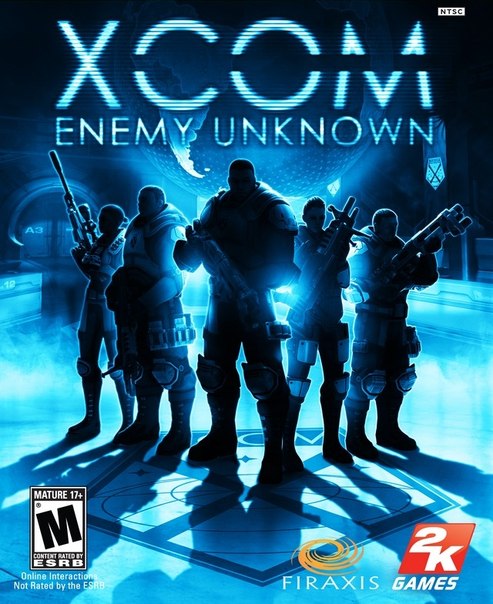 XCOM Enemy Unknown was released in 2012.  It is a remake of the popular 1994 game.  XCOM is a turn based strategy game in which you try to halt an alien invasion.  You choose what you want to research and what you want your engineers to build, as well as managing your troops and relations with all of the countries in the XCOM project until a mission comes up.  Once you accept the mission you get a taste of the real gameplay.

You will drop 4-6 soldiers into an area where they will have one of several objectives, though you will always have to fight aliens, which will develop and you will end up fighting stronger enemies the farther into the game you progress.  Each turn your soldiers get two actions.  One is to move, and then you can move again or fire your weapon, reload, etc.  You will need to move your troops into cover, hopefully flanking the enemy’s position in order to get bonuses to aim and  critical hit chance.

There are four different soldier classes.  Once a soldier earns a promotion to squaddie, they will become one of the four.  The heavy weapons class is a very powerful addition to any squad, and, when upgraded, will be a staple against groups of enemies, especially tougher ones.

Unlike the other classes, the heavy trooper does not have a pistol.  Instead, they carry a rocket launcher.  This is a very powerful weapon, with a 90% chance to hit, good range, damage, and a large area of effect, which can be upgraded.  Much like the support class, the heavy class is more efficient at assisting others than fighting outright.  Heavy troopers can dish out a lot of damage with their light machine guns.  The gun runs out of ammo quickly though, and will often have a lower chance of hitting than another class.  The heavy class can, however, use holo-targeting to increase other soldiers’ aim at a certain target.  They can also suppress enemies, lowering their accuracy and giving them overwatch against the selected target.  This leads to one of the problems with trying to gun down enemies with the heavy trooper.  They run out of ammunition incredibly quickly, often having to reload after one or two turns (until you upgrade ammo capacity).

The heavy trooper’s strength lies in his ability to cause damage to groups of enemies and destroy cover.  He can enable kills that otherwise would have been impossible.  Fully upgraded, a heavy trooper can have enough explosives to last an entire fight.  Because of this, unless facing weaker enemies like floaters, sectoids, and thin men, the heavy trooper won’t get as many kills as a sniper or assault unit.  Often, it is his job to weaken the aliens and destroy their cover for others to take the shot.

For instance, I was on a terror mission early in the game, (so no upgraded weapons or armor) and two Chryssalids charged out of the fog.  These powerful enemies can kill a soldier in one hit, and have enough mobility to prevent anyone from running away from them.  I only had three soldiers left, one of them had already bought it.  Each Chryssalid had eight health, so there was no way that I could kill both of them with a shotgun, assault rifle, and light machine gun shot.  Instead I fired a rocket, hitting both of them and bringing them each down to two health.  Then I was able to finish them off easily.

The heavy trooper should be upgraded based on whether you want them to provide more fire support or more explosives.  They should be built accordingly.  Also, look at their aim.  If it is low then take them on the explosives route, as it will be more efficient.  For explosives, you should give them holo-targeting, shredder rocket, heat ammo, grenadier, will to survive, and rocketeer.  This will give them the maximum number of explosives to use per combat.  Remember, that it is not about killing the enemy, it’s about destroying their cover for an easy kill with someone else.

The other build should still take holo-targeting.  There aren’t really many times when bullet swarm is that useful.  You almost never end up using it, and if you don’t move, it’s usually more beneficial to fire a rocket.  The other skills you should take are: suppression, heat ammo (rapid reaction is rarely able to be used, and you need more firepower against cyberdisks and sectopods), danger zone, will to survive, and mayhem.  This build will greatly increase the effectiveness of suppression, allowing you to use it against multiple enemies as well as cause damage once you upgrade your weapons, and since it’s an automatic hit it is perfect for finishing off weakened enemies.

With will to survive, heavy troopers can become difficult to kill as long as they aren’t flanked and stay in cover.  Be careful though because while you can give heavy troopers titan armor, they are usually equipped with grenades, which will keep their health effectively limited to 20.  They can be killed in two hits if they get flanked, so stay cautious, as always and don’t be afraid to use rockets.  The second you start putting other things like not damaging an alien power core or something ahead of killing the aliens, you are going to start taking casualties.