We’re just over a year away from the premiere of X-Men: Apocalypse, due out May 27th 2016, and there’s a lot of news to share. Just as Jennifer Lawrence, James McAvoy and Michael Fassbender stepped in to reenergize the franchise, a young group will now look to reboot the series. Game of Thrones’ Sophie Turner will step in to play the young Jean Grey, formerly played by Famke Janssen. Mud’s Tye Sheridan will step in for James Marsden as Scott Summers, or Cyclops, and Alexandra Shipp replaces Halle Berry as Ororo Monroe, or Storm. Let Me In’s Kodi Smit-McPhee will be playing Kurt Wagner, or The Nightcrawler, previously played by Alan Cumming in X2, newcomer to the big screen Ben Hardy will take on the role of Warren Worthington III, or Angel, and Lana Condor will portray Jubilation Lee, or mutant Jubilee, who has appeared in previous films, but not as a major character. The change brings fresh faces, once again, to major roles and makes way for a new slew of X-Men films.

Lawrence, Fassbender and McAvoy will be returning as Mystique, Magneto and Professor X, respectively, along with Hugh Jackman playing Wolverine, Rose Byrne as Dr. Moira MacTaggert, Nicholas Hoult as Beast and the delightful Evan Peters as Quicksilver. There’s also a big star joining the team and running away with his own standalone films as well. Channing Tatum is likely to appear in Apocalypse as Remy LeBeau or Gambit for the first time since being announced last year. Star of the upcoming Star Wars VII: The Force Awakens, Oscar Isaac, will play the titular character, Apocalypse.

So with all the fresh faces and new names comes some bad news. It means that a few people won’t be coming back to the franchise. Hugh Jackman posted a picture to his Instagram that let fans know that this appearance will be his last as Wolverine, even though another Wolverine movie is expected in 2017. Perhaps another fresh face?!

Lawrence also confirmed that she will no longer be appearing as Mystique after Apocalypse. Hoult is also speculated to be leaving as well, since this is the last film he’s signed on for. It is also, in the opinion of this writer, bologna that Ian McKellen and Patrick Stewart will not be appearing as Magneto and Professor X in the film in any capacity. 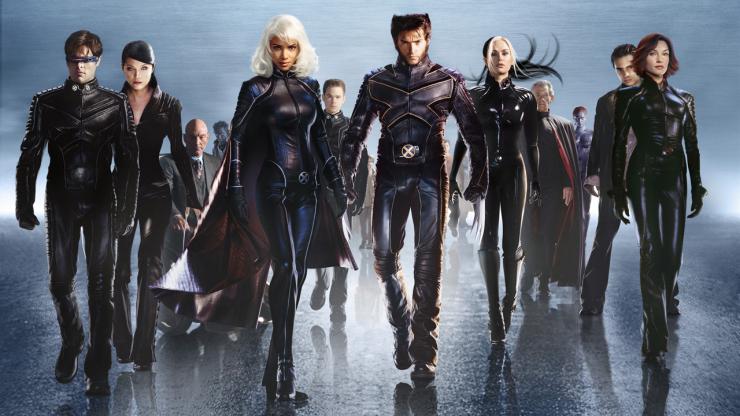 Cast of the original X-Men.

Are you excited for some youth in the X-Men franchise, or would you have liked the actors to continue their roles?

If you enjoyed the Carly’s X-iting piece, you can find the rest of her work right HERE on Sci-Fi Bloggers. You can also follow her on Twitter @MrsCarlyRodgers.