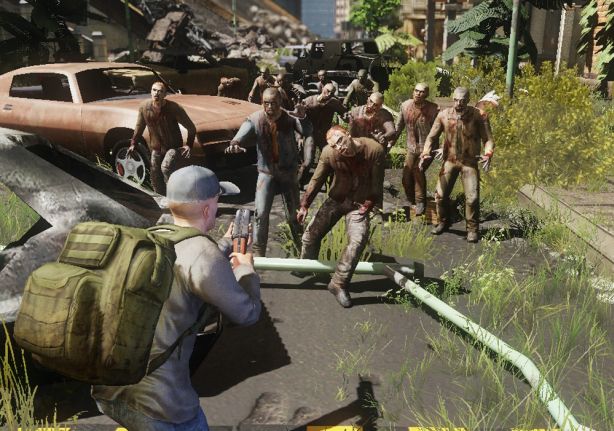 The War Z is a PC game that was released in late 2012.  I was taken in by the great advertising for it.  It seemed that there was a lot of character customization as well as exploration and, of course, zombie killing.  The only problem, false advertising.

I bought the game on Steam.  The idea of playing a zombie game with a good mix of stealth, looting, and combat seemed like fun.  The first setback was the inability to play offline.  I enjoy playing games online with others just as much as the next guy, but I also think that being able to play alone, and really get that survivor feeling, is important as well for a game like this.

I looked over my character customization options to find that I didn’t have as many options as I had been led to believe. The rest had to be unlocked.  So I decided I would do just that.  I spawned in an obscure corner of a map with so much open space that it takes about five to ten minutes to walk from place to place.  My inventory had one bandage, a can of soda, a flashlight, and a granola bar.  Cool, I have to find a weapon, I thought.

How wrong I was.  It was almost impossible to find anything in that game.  I searched the entire military base, (I repeat, MILITARY base) close to where I started.  I found a lot of zombies, a can of soda, and some kind of leather armor that didn’t lessen the damage I took, as far as I could tell.

I made my way to a town, where perhaps I could finally find something.  I went inside the Police Station and found nothing.  Stepping outside, another player gunned me down.  I had spent at least thirty minutes just for that.  My only consolation was that my killer wasn’t able to loot anything off of me.

I decided to look through the main menu and that was when I saw that you had to spend extra money to get points.  You could use those points to buy weapons and ammo.  Then everything made sense.  This game was a scam.  After doing some research, I found that the game was just a mod that had been turned into a standalone game.  The graphics weren’t great, the building interiors looked like something from the Playstation 2 generation, and there was absolutely no reward for exploring.

The game received so much flak that Steam offered refunds to whoever bought it.  I got mine back.  So be careful when you see this game on the market.  Even if the creators put in some of the improvements they said they would, any game that lets you pay extra money for single use items is a slippery slope that sucks cash out of your pocket.  No matter what happens, I certainly won’t be purchasing this game.  I suggest you do the same.