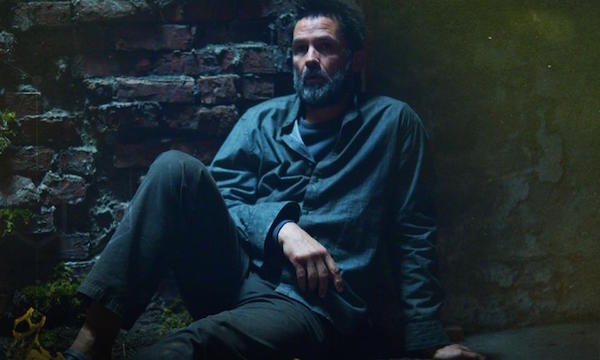 It looks like we must say farewell to another science fiction TV show that had so much promise. Syfy’s wacky outbreak thriller just couldn’t cut it with viewers in its second season. I don’t blame the network. The Nielsen ratings dropped a shocking 59% over the course of the second season.

Why did Helix fail to maintain the attention of viewers in its second season? This is not one of those situations where people gave up on a show too quickly. I watched the entire second season and was increasingly disappointed with the direction they took the characters and the plot with every episode. This show, whose first season completely swept me off my feet, had turned into something that made me reluctant to watch the season finale that had been sitting untouched in my DVR for several weeks.

That being said, I HIGHLY recommend watching the first season of Helix. It’s crazy good, emphasis on the crazy. I mean, it has Billy Campbell and the cheekiest soundtrack in the history of television – what more could you want? It’s exciting, terrifying and completely deserving of the show’s hashtag #WhatTheHelix. Unfortunately, that momentum sputtered and died fairly quickly after the start of its sophomore year.

Here are some of the ways that Helix failed its fans after that stellar first season.

SPOILERS, obviously, for both seasons of Helix. Again, I don’t recommend the second one so if you’ve seen the first season feel free to read on and spare yourself. 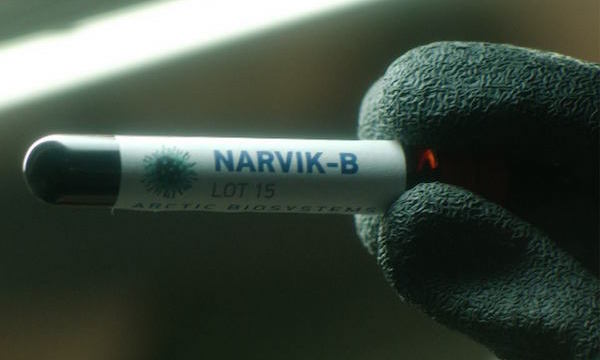 In the second season, there’s a new outbreak on a remote island completely unrelated to the one in the first season. I understand the fear a writer might have that viewers would get bored with the same virus, but by the end of the first season we still didn’t fully understand Narvik-B. The show essentially jumps forward without really addressing the outbreak to our satisfaction.

Anyway, on this island there’s this crazy cult leader, Michael, and naturally he’s evil and creepy and ruins everything. Really, guys? A cult? We’re going to fall back on that obvious premise? Anyway, the cult does cult-y things like centuries of incest and isolating children from their birth parents. Any daughter of immortal cult leader Michael who refuses to sleep with their DAD is tied up, mutilated and raped repeatedly. As viewers, it’s easy to access this because cults are bad and full of sadistic nutjobs.

However, when the show decided that Peter would turn from kind of a jerk to a full blown megalomaniac devoid of sympathy, that’s where they lost me. I understand that in the time between the seasons, Peter and Alan’s relationship became incredibly strained. I mean, I’d be pissed off too if my brother left me in a hole in the basement after I’d helped him escape, but I wouldn’t turn into a crazed murderer after an unpleasant timeout. No matter how much build-up they tried to do leading up to it, I just wasn’t going to buy Peter accepting that it’s ok to tie up women in a dungeon and rape them until you feel the urge to violently end their misery. There’s no questioning on his end of the sick scene he sees before him. Peter essentially shrugs his shoulders and starts making out with Creepy Island Chick #2. 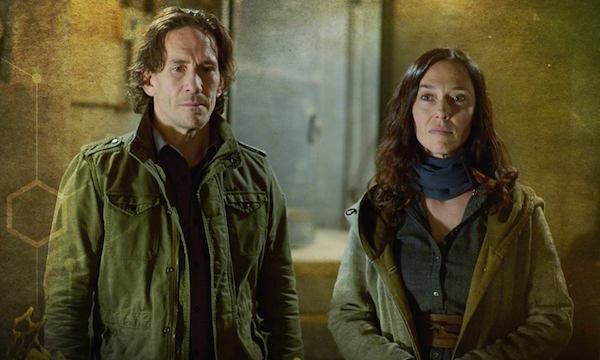 With the first season of Helix, every character had his or her secrets and made decisions that alternately had us loving or hating them. In the second season, it’s difficult to root for any character. Alan is obsessed with killing immortals. Julia’s only priority is staying in the good graces of Ilaria, even if she is trying to stop them from killing most of the world’s population. Sergio bangs Julia and then essentially disappears from the show. Sarah rarely stops crying and whining about her stupid immortal fetus (which is for some reason several months along even though she became immortal six days after getting pregnant). Kyle is alright, but we learn nothing about him so it’s difficult to care. Hatake went from a little crazy to full on, straightjacket insane. Peter’s character development is thrown out the window so that he can become an exact replica of Michael after the cult leader is out of the picture. Every single one of the characters on the island sucks.

While the appeal of the first season of Helix was its craziness, there was always a grounding in reality that made us identify with the characters. Yes, bizarre things happened but there was always a sense that these were real people stuck in this life-threatening situation. In the second season, it almost became farcical. Everyone is crazy! There’s no hope for good, so morals are useless. Also, just about every character cries or screams at least once every episode. It’s exhausting.

Syfy was right to cancel Helix. I’m disappointed that this series, which started out so strong, wasn’t able to maintain its initial level of quality storytelling. Perhaps the show would have worked better as a miniseries. The writers could have easily found a way to wrap up the story at the research facility in the Arctic with a nice little bow. Unfortunately, what we got was a sophomore slump for the record books.

If you enjoyed Marlo’s traitorous rejection of one of her favorite shows, you can find the rest of her work right HERE on Sci-Fi Bloggers. You can also follow her on Twitter @marloclingman, like her on Facebook, or add her to your network on Google.