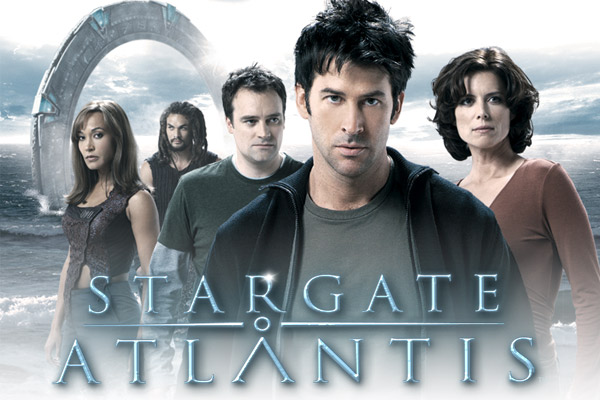 “With the Ancients’ city of Atlantis discovered in the Pegasus Galaxy by Stargate Command, Dr. Elizabeth Weir and Major Sheppard lead a scientific expedition to the ancient abandoned city. Once there, the team not only find themselves unable to contact Earth, but their explorations unexpectedly reawaken the Ancients’ deadly enemies, The Wraith, who hunger for this new prey. Now with the help of newfound local allies like Teyla Emmagan, the Atlantis Team sets about to uncover their new home’s secrets even as their war of survival against the Wraith begins.”

Stargate: Atlantis opened up a gateway (or, in the spirit of the Stargate franchise, a stargate) to my love for science fiction. It introduced me to the wonders of the universe, leaving me amazed by the array of alien creatures and possible planets to discover. Whilst I have watched Stargate: SG-1 and Stargate: Universe and loved both of these shows, Stargate: Atlantis has continued to be my one true love of the Stargate franchise.

But why you ask? Well, there are a number of reasons as to why Stargate: Atlantis is my favourite of the franchise.

Firstly, Stargate: Atlantis, with its clever dialogue and wonderful writing, is an entertaining and visually stunning science fiction television show. The beautifully designed sets and captivating special features (especially when Atlantis rises from the ocean in the pilot episode) add an authentic feel to each scene and the array of storylines: the endless fighting with the Wraith, and trading and conversing with many races throughout the galaxy to only name a few.

Secondly, and most importantly, the cast of characters are consistent, developing naturally throughout the five seasons, even those who were not originally there in the beginning. These are characters that viewers root for, with their extensive backstories and personalities, that begin to feel like real people instead of characters in some television show. The main character of the series, Major John Sheppard (played by the talented Joe Flanigan), has an O’Neil-type quality about him in the first season, but by the end of season five Flanigan has transformed Sheppard into the humorous, authority-defying man Stargate fans have grown to love. The best thing about him in particular is the fact that he is new to the Stargate Program, meaning that he experiences everything firsthand alongside the viewers who may not have seen Stargate: SG-1.

Overall, the reason why Stargate: Atlantis is my favourite Stargate is because it kept me entertained. In a lot of television shows there are a number of episodes with unnecessary material, and whilst Stargate: Atlantis does have its moments, there are very few episodes where I am sitting there waiting for it to end. The characters and storylines are fantastically well-written, acted and edited, and anyone who is a fan of the Stargate franchise, or science fiction in general, will love Stargate: Atlantis just as much (if not more) than the other Stargates.