After the release of Ant-Man this June, Marvel will now focus on providing fans with the overwhelming awesomeness that is Phase Three. Of course Captain America: Civil War will hit theaters next May and will kick off Marvel’s massive movie takeover. If May feels far away then November of 2017 might feel like forever, but that’s when we’ll get the next installment of the silken-haired demigod known as Thor.

Over the past month news has slowly been leaking about the upcoming Thor: Ragnarok. Most recently it was announced that New Zealand director Taika Waititi has been approached to direct the film. Stars Chris Hemsworth, Tom Hiddleston and Jaimie Alexander are all set to return as Thor, Loki and Sif, respectively.

Also set to appear is Mark Ruffalo as Bruce Banner slash the big green guy, Hulk. While doing the latest press rounds for his film Spotlight, Ruffalo confirmed that he would appear in the film, though it is still not known to what extent. “I know that it’s about  ‘Ragnarok,’ or the end times in the Marvel universe as it pertains to Thor.” Ruffalo said in an interview with the New York Daily News. Writers Christopher Yost and Craig Kyle will pen the script, but Ruffalo just assumes, “they’ll probably fight.” It’s a solid guess. 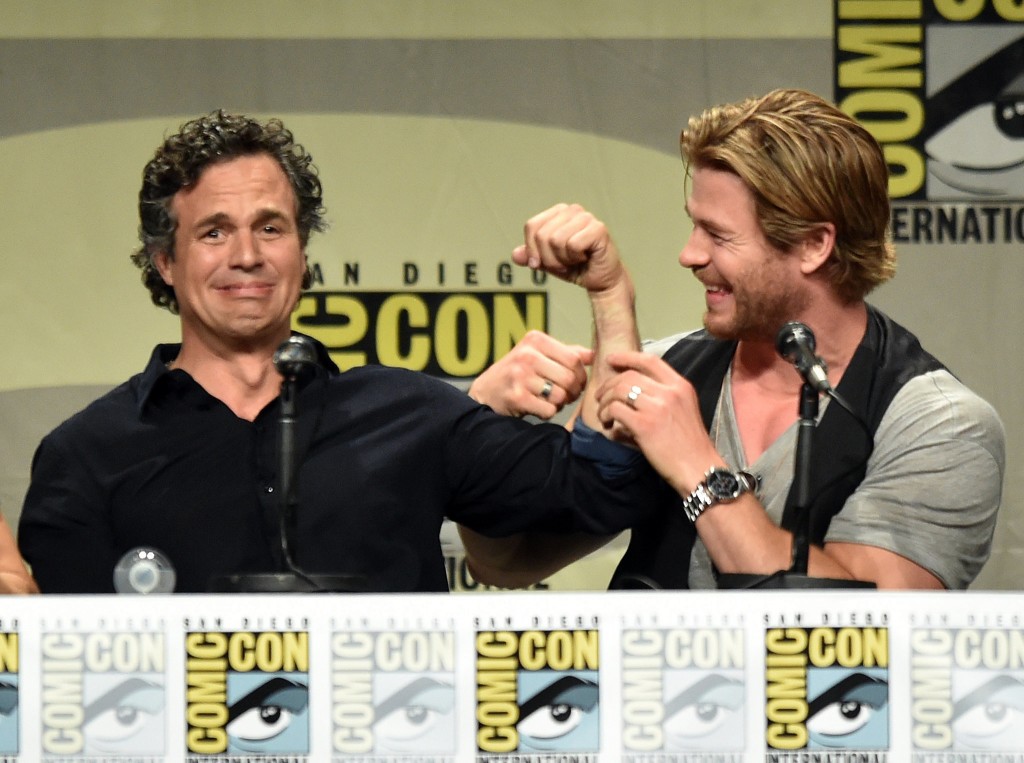 Ruffalo and Hemsworth seem ready for a buddy movie.

While not much is known involving the film’s plot, the movie’s producer and Marvel President Kevin Feige tries to make Ragnarok’s impact clear. “It’s a very important word, which means essentially the end of all things.” he stated during a press conference. “Changing everything that comes after it—that is the plan for Thor: Ragnarok, to take Thor to another level. It picks up right after we leave him in Avengers 2, and will impact everything to come afterwards.” Filming will begin this June in Australia. Thor: Ragnarok will be released November 3rd, 2017.

If you enjoyed Carly’s end of all things, you can find the rest of her work right HERE on Sci-Fi Bloggers. You can also follow her on Twitter @MrsCarlyRodgers.