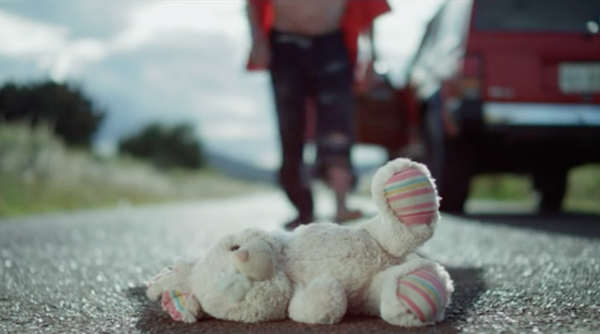 Today, the Philip K. Dick Science Fiction Film Festival will once again return to NYC with a whole host of dazzling sci-fi shorts and features that you won’t want to miss. While the entire line-up looks pretty impressive, here are my picks for the five films you’ll definitely want to catch at this year’s festival.

Sympathy for the Devil: The True Story of the Process Church of the Final Judgment

Labeled as suppressive persons and cast out from the Church of Scientology, Mary Ann and Robert  de Grimston formed a Christian cult that simultaneously paid worship to Satan. Conspiracy theories link the cult to some of the most notorious crimes of the 20th century, including the Kennedy assassination, the Son of Sam killer, and the Manson murders. Sympathy for the Devil uncovers the truth behind these rumors and gives firsthand accounts from former members of the group.

Sympathy for the Devil: The True Story of the Process Church of the Final Judgment will screen at the Philip K. Dick Film Festival on Friday, January 15th at 7:30pm. You can purchase your ticket for this documentary right here!

A family stuck on an infinite road. Two brothers and a detective trapped in a staircase with no escape. This Twilight Zone-esque directing debut by Isaac Ezban promises to bend the brain. The film stars Narcos and Sense8 actor Raúl Méndez.

El Incidente will have its NYC premiere at the Philip K. Dick Science Fiction Film Festival on Friday, January 15th at 9:30pm. A brief Q & A with the filmmakers will follow. Grab your tickets now!

A professor of quantum physics prepares to undergo surgery to remove a brain tumor. The doctor suggests creating a backup of his brain as a safety precaution. The professor questions whether or not he will still be himself after the process is complete. DeObia Oparei (Game of Thrones) and Rutger Hauer (Blade Runner, True Blood, The 10th Kingdom) star in this futuristic short.

Clones kicks off a block of short films at 7:00pm on Friday, January 15th. Get your ticket for the entire block here.

On November 5th, 1975 a group of six woodcutters started home after a long day of work. A mysterious golden disc appears through the tree line and a young logger named Travis runs after it. Five days go by without a trace of Travis Walton and his fellow crew members are accused of his murder. When Travis suddenly shows up again, he has an incredible story to tell. This is the story of Travis Walton’s alien abduction and how it forever changed the lives of the six-person logging crew from Arizona.

Travis: The True Story of Travis Walton will screen at 6:00pm on Saturday, January 16th. A panel discussion featuring the filmmakers and UFO experts will immediately follow the screening. Tickets are available here.

This time-travel short film is the third in the lineup for the 9:30pm “Future Shock” short film block on Saturday, January 16th. Get your tickets for this block right here!

All of these exciting new films and so many more are waiting for you at the Philip K. Dick Science Fiction Film Festival! Check out their website to learn more about the other films coming to the festival and to get your tickets now. For festival updates and more information about the world according to Philip K. Dick, follow the festival on Twitter and Facebook!

Marlo is totally up for time travel but completely uninterested in being abducted by aliens, thank you very much. You can find the rest of her work right HERE on Sci-Fi Bloggers. You can also follow her on Twitter @marloclingman or add her to your network on Google.