I’m not really the type of gamer that rushes to my console when I hear the term “beta,” but this is Star Wars, kids.

EA released the beta for Xbox One, PlayStation 4 and PC on October 8th and a ton of people piled on in. Sure, it was limited play but over nine million people came to play and instead of closing on the 12th, it was kept open for an extra 24 hours. So everyone could get their fix.

The beta included a single player or co-op Survival mode where players had to ward off Stormtroopers and AT-STs in waves as pods dropped and waited to be claimed. This mode was all right. If you were playing with another person you may have gotten a little more out of it since I found it super simple, and I’m crap at shooters.

The fun really lies in the multiplayer. There were two different modes offered, an 8 vs 8 map called the Drop Zone where teams raced to claim pods and protect them from the opposition. This is where I felt in the zone. You play as either a Rebel or an Imperial and you and your teammates must scramble over a small map to get to these pods and take out enemies. Once the full game is released I imagine I’ll spend the most time in the smaller multiplayer sections, and here’s why:

Yes, the Walker Assault 20 vs 20 is insanely awesome, but it also feels like too much and too little at the same time. As soon as the match started it felt like a free for all amongst the crisp white snow. There are power-ups throughout the map that allow you to pilot certain vehicles like an AT-AT and the Heroes mode allowed you to play, for a limited time, Darth Vader or Luke Skywalker. It was insane to watch and be a part of, but it also felt a little sloppy. It’s probably not much for concern as EA and DICE have addressed the balancing issues of the beta, like the fact that it is much harder to win Walker Assault on the Rebel side, and I have faith that the full version will clean up some of the mess. However, I felt the need for more direction, teamwork or something. Also, a Cantina. 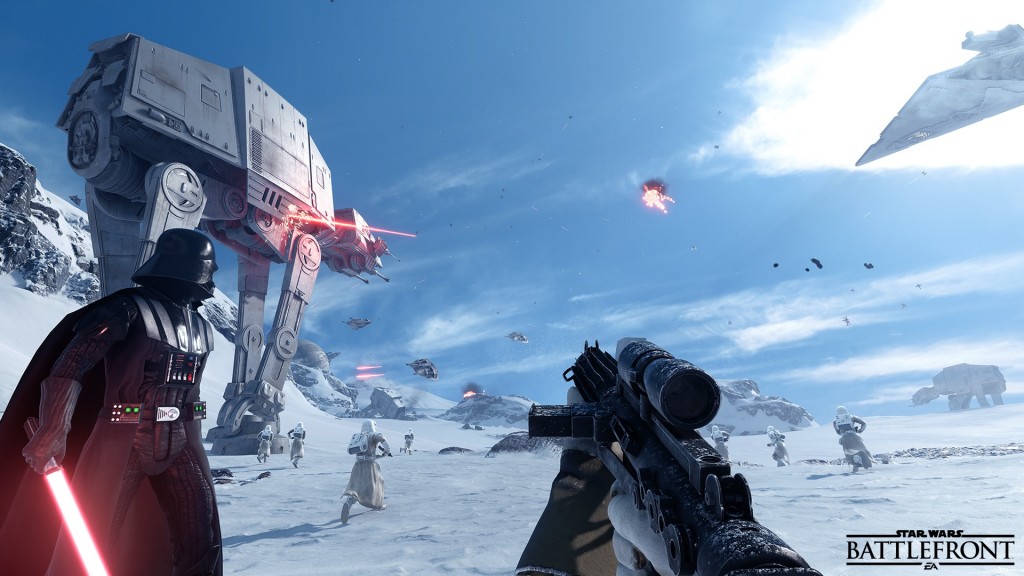 Star Wars: Battlefront will be available on November 17th for Xbox One, PlayStation 4 and PC.

If you enjoyed Carly’s battle, you can find the rest of her work right HERE on Sci-Fi Bloggers. You can also follow her on Twitter @MrsCarlyRodgers.