Concepts in film and television tend to get overused and that surprises no one. Vampires are fizzling out, superheroes are on a seemingly endless uphill and next I’m hoping for movies about inanimate objects that capture audience’s attention. Did you guys see Rubber? Anyway, my question is where on the spectrum of fun and done are zombies? Syfy’s Z Nation is hitting its stride and The CW’s iZombie is in the very early stages of finding an audience. All the while, The Walking Dead is scooping up all those viewers they might have left behind previous to this season with its incredible ratings. In fact, the series is so successful that the “companion series” has already been greenlit for two seasons. 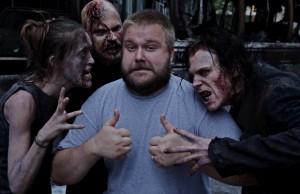 The show, while still laughably without a title, will premiere in the late summer with a brief six episode season, much like its predecessor. Creator Robert Kirkman gave some insight at a panel for South by Southwest saying, “The intent of the new show is to expand that world and show another corner of the United States and what’s happening there. The timeline is taking place [during an] earlier timeframe than the original show.” Kirkman elaborated, “But I wouldn’t call it [a] ‘prequel’ because the entirety of the show is not going take place before [The Walking Dead]. It will eventually form a path running concurrently.” So viewers will get to see Los Angeles before Walkers ran amok, which is not super interesting. I was hoping for a different part of the World, maybe small communities or somewhere with some brutal weather. How well do zombies adapt to blizzards and hurricanes? I would like to know. 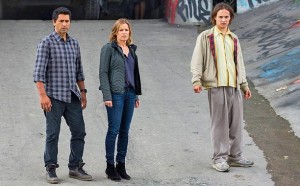 A look into Los Angeles.

Anyway, the show has nothing to do with the comics, but Kirkman did suggest that there could be some crossovers of elements from each respective show. “There are a lot of things about The Walking Dead world these characters have to learn or figure out to get by. And there may be some things that are discovered in the companion show that haven’t been discovered in the other show yet.” Hopefully it won’t be another rehashing of an origin story, but a refreshing new take on the beginning of the actual breakout.

Will you be tuning in?

If you enjoyed the Carly’s walk, you can find the rest of her work right HERE on Sci-Fi Bloggers. You can also follow her on Twitter @MrsCarlyRodgers.