Since it’s release this past fall, the indie darling Undertale has taken the gaming world by storm. The roleplaying game was created and developed by Toby Fox who also wrote the story and composed the music. After raising $51,124 in a Kickstarter campaign Fox was able to publish the game in September of 2015.

In Undertale, you play as a small human child who has fallen through the Earth to the Underground, a magical Kingdom crawling with monsters. As you meander through the different paths you’re met with random battles and can choose to act in a variety of ways. You can slay the monsters or choose a more peaceful way to resolve your conflict. Whatever you choose you will begin to uncover a darker story hidden beneath cutesy animation and clever wit. You’ll enjoy yourself while trying to escape the Underground back to Earth’s surface. 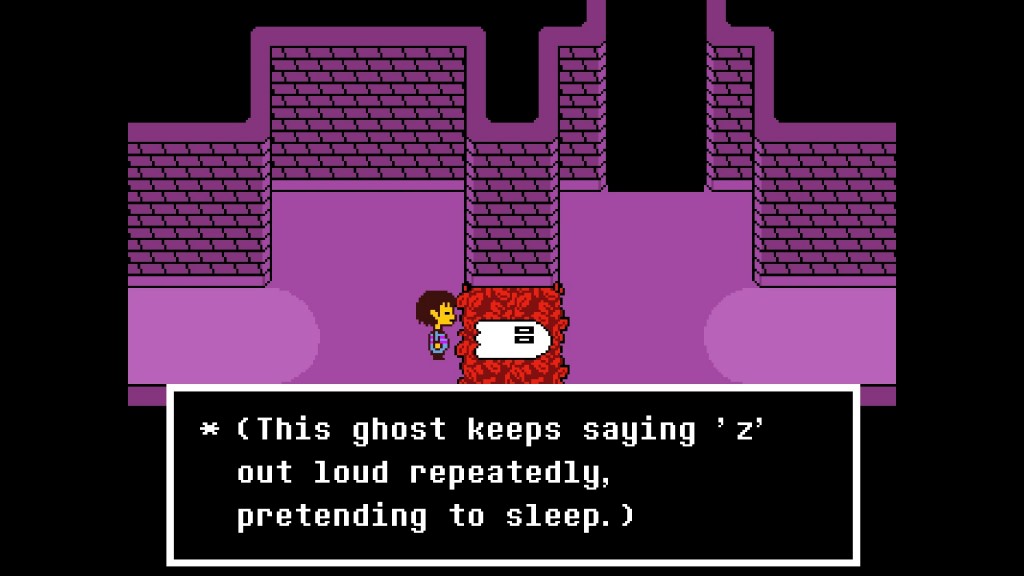 The story and its humor have garnered Undertale a large following. Critics have given the game high marks all around the web. It currently holds a 92/100 rating over on MetaCritic and has been popping up on plenty Game of the Year lists. And if awards are your thing then it has plenty. Undertale has been nominated for Game of the Year at the 2015 Game Awards, Game Developers Choice Awards and the SXSW Gaming Awards as well as an impressive list of other nominations and wins.

It’s a well-written story that’s highlighted by its humor and not-so-complicated combat system and puzzles. Fox has created a game that relies on the right things and ignores systems like repetitive gameplay or unnecessary traveling quests, but still allows gamers to play their way.

If you’re looking to see what all the fuss is about you can check out Undertale for PC or Mac on Steam or over at the game’s website here.

If you enjoyed Carly’s tale, you can find the rest of her work right HERE on Sci-Fi Bloggers. You can also follow her on Twitter @MrsCarlyRodgers.