HBO finally dropped a short trailer for their upcoming series, Westworld, based on the 1973 film by Michael Crichton. Check it.

The thriller has been adapted for HBO by Interstellar screenwriter Jonathan Nolan and Lisa Joy and has a slew of stars to get excited about. Sir Anthony Hopkins plays Dr. Robert For, the creator of the twisted theme park, Westworld. Evan Rachel Wood, James Marsden, Thandie Newton and Ed Harris will join in on the journey into the futuristic realm. The teaser features a look into the alternative wild west and seems to boast a spectacular special effects budget.

The world hoped to see the series this fall, but it looks like it won’t be premiering before 2016. The official logline for the show is a real gem.

Westworld is a dark odyssey about the dawn of artificial consciousness and the future of sin.

Wood will play Delores Abernathy, featured in the teaser, a young woman who is finding that her entire life may not be what in once seemed. Marsden plays the mysterious sharpshooting Teddy Flood and Newton will strut about as the leading madame of the debauchery-laden amusement park. Ed Harris stays elusive, credited only as the Man in Black. 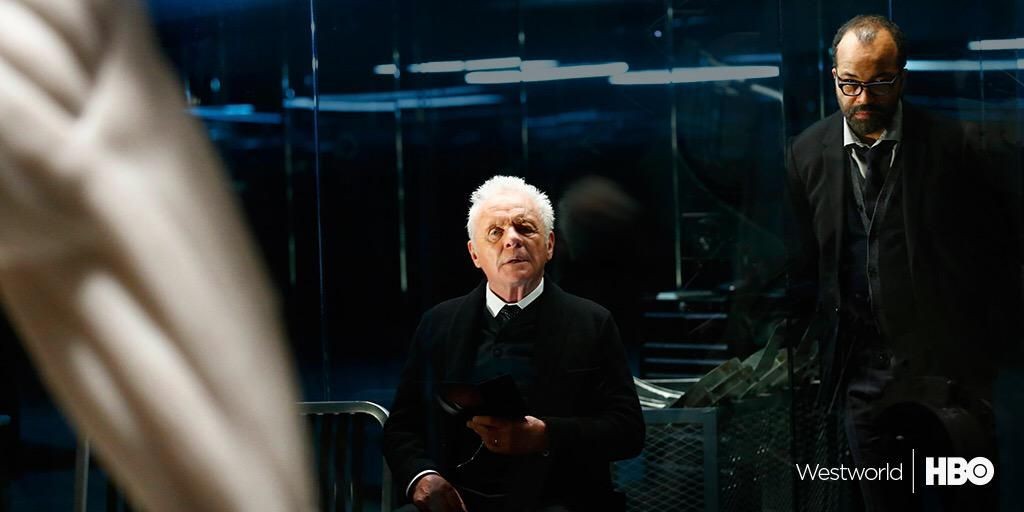 Crichton originally wrote and directed the film in 1973 to critical acclaim, but the process itself was too intense for Crichton. He took the following year off and announced a break from the science fiction genre. He released The Great Train Robbery in 1975. The film starred Yul Brenner, Richard Benjamin and James Brolin.

The series will be produced by J.J. Abrams’ Bad Robot Productions and not much in known about the season itself. No word on how many episodes we can expect, a premiere date or even directors. You can stay tuned over at the official website for Westworld, here.

If you enjoyed Carly’s sin, there are only so many puns, you can find the rest of her work right HERE on Sci-Fi Bloggers. You can also follow her on Twitter @MrsCarlyRodgers.