Andy and Lana Wachowski have something brewing for Netflix this summer. The sibling duo just released the first trailer for their series, Sense8, created alongside writer J. Michael Straczynski. Check it out!

The show features eight people across the world dealing with the fact that they are now closely in tune with one another. Mentally and emotionally they can feel each other while being miles and miles apart, scattered across the globe in different cultures and situations. The characters are aware of each other in some respect since the trailer shows them catching quick glimpses, but none of the characters will interact in the first season. In fact, the series was pitched as a five season deal. Straczynski said in an interview, “We imagined this over the long, long haul. The first season is the origin story for our characters and then we kind of go from there.” Of course it won’t be a walk in the park for our protagonists, because someone will try to bring them together as a group and someone will try to have them killed. 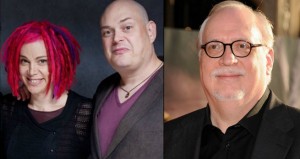 The characters are all the same age, but come from different walks of life. There’s an American cop, a businesswoman from Seoul, a bus driver from Nairobi and a trans woman hacker living in San Francisco. The producers wanted a wide variety and are looking for true to life versions of the characters in the actors. “If possible, we are trying to cast out of these countries. We aren’t casting an American to play an Indian character.” Straczynski began, “We’re trying to cast out of India, we’re casting out of Africa for Nairobi, we’re casting out of Korea, so we’re looking at actors that are pretty much the same age and the characters themselves are exactly the same age, all in their mid-to-late-20s.”

You can begin watching the 12 episode season on June 5th, only on Netflix.

If you enjoyed Carly’s sensing, you can find the rest of her work right HERE on Sci-Fi Bloggers. You can also follow her on Twitter @MrsCarlyRodgers.