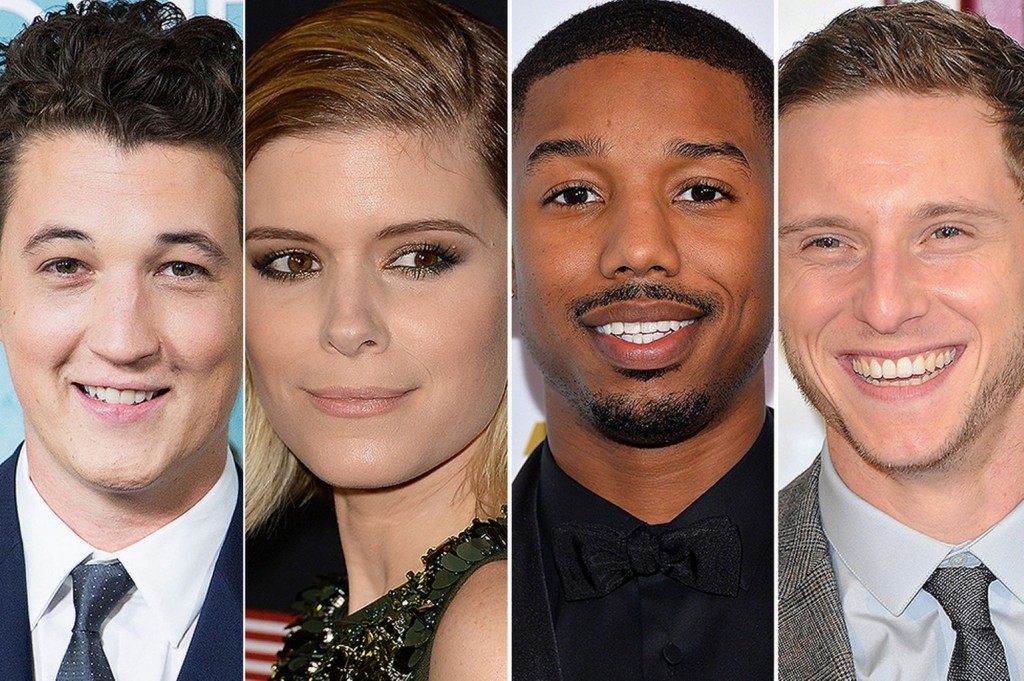 Fantastic Four, a contemporary re-imagining of Marvel’s original and longest-running superhero team, centers on four young outsiders who teleport to an alternate and dangerous universe, which alters their physical form in shocking ways. Their lives irrevocably upended, the team must learn to harness their daunting new abilities and work together to save Earth from a former friend turned enemy.

When the new teaser trailer for Fantastic Four came out, I went straight to my Twitter to voice my excitement. It has been an extremely long time since I have been this excited for a new superhero movie, but I have been a gigantic fan of Fantastic Four since I first watched the 2005 movie when I was eleven. I have been waiting (somewhat impatiently) for this trailer to be released since Miles Teller (Reed Richards), Kate Mara (Sue Storm), Michael B. Jordan (Johnny Storm) and Jamie Bell (Ben Grimm) were revealed to have been cast in the main roles. Initially, I was surprised by a much younger cast, but Simon Kinberg has previously stated that the new Fantastic Four movie is a “coming of age” story, rather than a simple “origins story”.

Despite the fact that there is some controversy surrounding the Fantastic Four movie with the casting and the new trailer, my excitement only intensified the day of its release. There are many people just as excited for the film’s future release in August, but a number of individuals have stated their dislike and concerns for having Michael B. Jordan as Johnny Storm, the age of the characters, Doctor Doom being an internet blogger and not following the storyline of the comics, just to name a few. However, I am waiting with anticipation as the trailer possesses a much more somber and darker tone than the previous two movies, presenting itself as a definite, straight-up science fiction origin story, rather than the usual flashy superhero one. Don’t believe me? Check out the trailer for yourself:

Now, isn’t the trailer awesome? I am currently bubbling with expectancy, but also with numerous questions. Like, who is the sixth astronaut? Doctor Doom has been confirmed, so he must be the fifth, but who is the sixth? Perhaps, some unnamed person who will most likely die and consequently confirm the dangers of the Fantastic Four universe? I am uncertain, but I look forward to finding out once the film is released in theatres.

If you enjoyed Madeline’s fantastic piece, you should take a look at the rest of her work right HERE on Sci-Fi Bloggers. You should also follow her on Twitter @madeline_scifi.