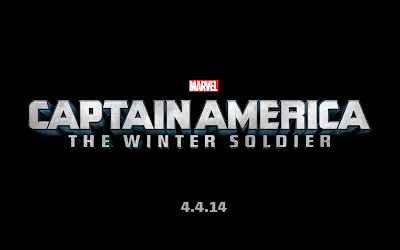 With the release of Thor: The Dark World to come, the trailer for the next Captain America adventure has hit, and it looks surprisingly awesome. I always knew this character would have a more jarringly different sequel compared to its immediate predecessor than the other Marvel heroes, but for some reason this is not what I expected judging by the first full bits of footage that are shown, and I mean that in the best way imaginable. This sequel will find Captain America fully getting a handle on the fact that he is now in the future, seventy years from the day he was frozen in the ice.

If the first movie was an old-fashioned spectacle of the kind of pulpy thrills offer by old-time adventure serials, The Winter Soldier is poised to be an action-packed spy romp, an ideal further expounded by the inclusion of Scarlett Johansson’s Black Widow, who doesn’t have much of a role in the trailer that I saw but is second billed and it seems that she and Captain America have become fairly chummy. She’s our main window into the spy world from the movies (Nick Fury and Hawkeye are too, but to a lesser degree in terms of their exposure in the series up to this point, especially Hawkeye) so it helps make Captain America’s transition into this new world believable if he’s with Black Widow.

Brief glimpses are seen of The Falcon, played by Anthony Mackie, and the other titular character himself, The Winter Soldier, with Sebastian Stan reprising his role as the reborn (?) one time pal of the Captain who was presumed dead at the end of his first adventure.

I didn’t think I would say this, since my lukewarm feelings over The First Avenger haven’t subsided (I saw it twice and liked it better the second time, but I still find it only slightly better than Iron Man 2, which is not high praise by any stretch), but I am now eagerly anticipating The Winter Soldier based on this trailer. Check it out below….