Ah, obscurity. That delightful property that allows you to feel vaguely superior for liking certain things because, hey, at least you had to go out of your way. And so let’s break in this series with a manga that really nobody has heard of, Hitoshi Ashinano’s Yokohama Kaidashi Kikou! 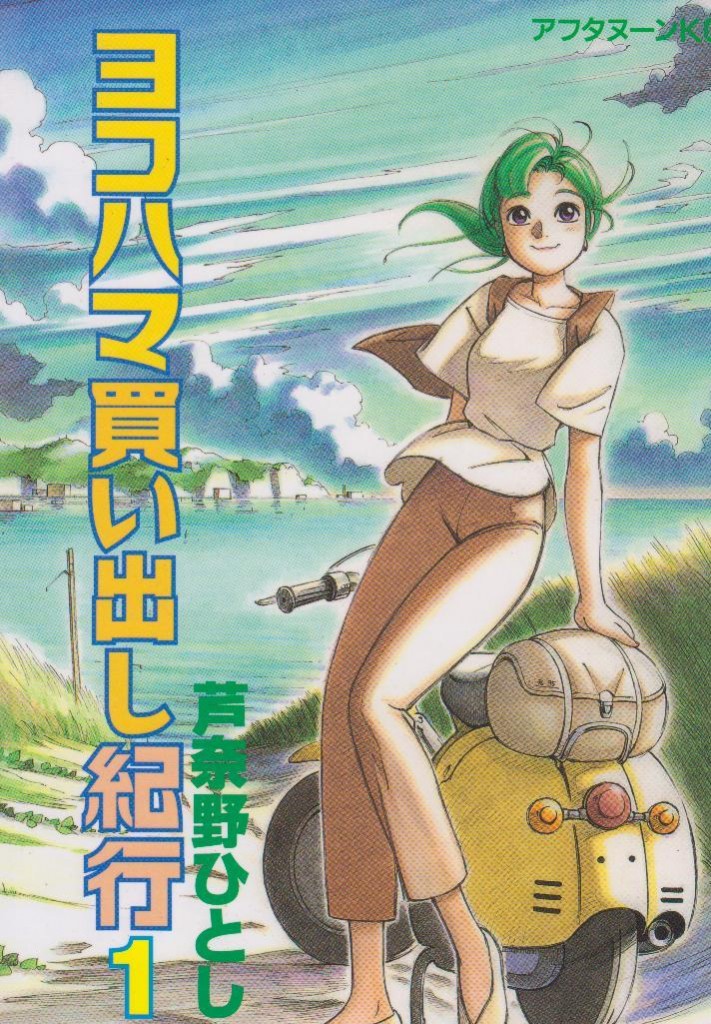 Alpha and her scooter.

Can’t pronounce that title? Not to worry! It’s actually kind of a terrible title anyway, translating to “Journal of Yokohama Shopping Trip.”  Fortunately, the title really has very little to do with the actual content of the series, which, at its core is about… nothing much. But like Seinfeld’s equal and (very) opposite counterpart, it takes that nothing and turns it into something wonderful.

The basic premise is this: Alpha is an extremely human android (as in, she can eat and even get drunk—though for some reason protein disagrees with her) who runs a coffee shop in the Japanese countryside. The fast-paced, global industrial society we have today has collapsed, and rising tides have flooded many of the major cities (at least in Japan), leaving people to regroup in smaller cities and towns. Roadways are gradually cracking and nature is slowly reclaiming the abandoned remains of what humans built. 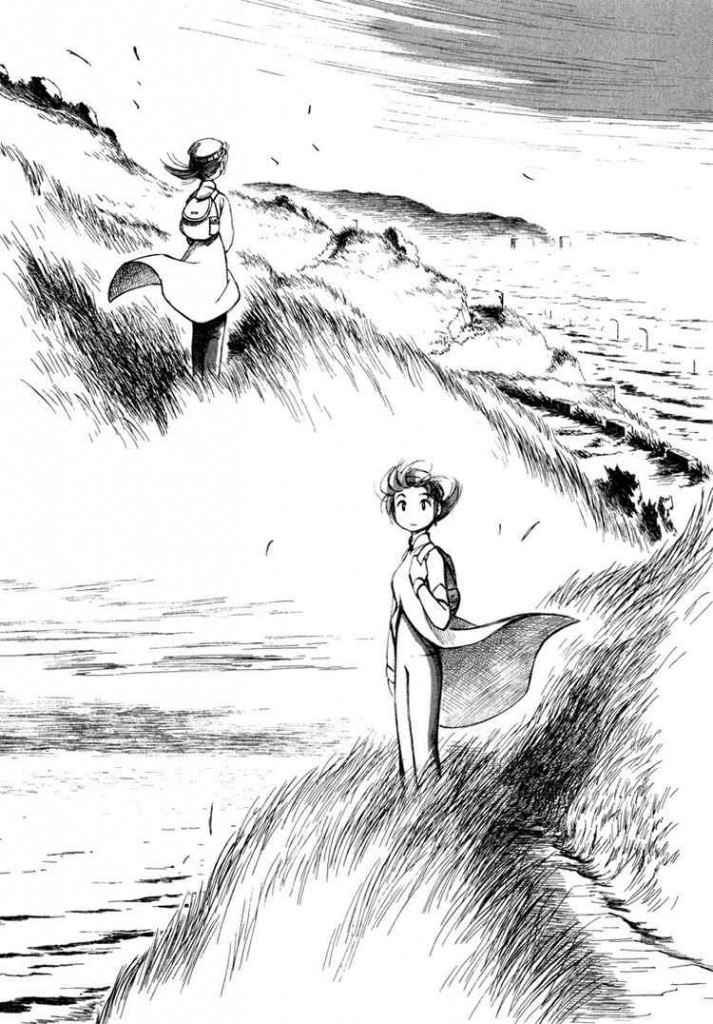 One of my favorite pages from the whole series.

What sets YKK apart from other stories with this sort of premise is that there is no quest to find out what happened—in fact, if there was a global catastrophe, it’s never really alluded to. The text refers to “The world, which had been like a party, slowly winding down.” And that’s what the series is, in a nutshell: a peaceful look at the twilight days of the human race. Few things I’ve read have been anywhere near as charming or relaxing as the chronicle of Alpha’s day-to-day life. Even something so simple as a short little 8 page story where Alpha gets caught in a thunderstorm and waits for it to pass is presented with a sense of wonder and serene beauty.

This is helped by fantastic artwork, especially on the scenery. Hitoshi Ashinano’s style, making heavy use of light penstrokes, eschewing most shading in favor of pure black and white, strikes a great balance between detail and empty space.  Many pages, such as the one to the left, are simply breathtaking as a result.  Character art is a little bit rough at first but likewise becomes very good over the series’ run.

By turns melancholy, adorable, and curiously moving for a series whose chapters consist of things like a trip to the local lake, or fiddling with an old engine part, Yokohama Kaidashi Kikou is a must-read for any sci-fi fan who could use a break from the hectic pace of modern life. Just sit back and take in the scenery—and you might find a lot to think about.

While YKK has never been officially licensed for distribution in English, a quick google search should turn up some fan translations readily enough. Just remember—cool kids also buy import copies of the books to support the publisher/artist. Besides, the artwork’s good enough to be worth owning even if you can’t read Japanese.