There have been a lot of superheroes flying around these days but it’s hard to keep track of how many Batmans (Batmen sounded less…Batman) we’ve been through. Here’s a clip from the 2014 movie Neighbors which is genuinely a conversation I have both heard and taken part in.

I decided to go back and rank the most well-known Batmans in recent memory.

*JUST A NOTE: This list will not include early actors Lewis G. Wilson or Robert Lowrey as I’m not incredibly familiar with their work. I will also not be including voice actors like Kevin Conroy and Will Arnett. If you’re not in the suit then it’s hard for me to judge. Don’t yell at me. *

Ooooh, starting out with a controversy! I don’t really know why people liked Kilmer so much in Batman Forever, because I thought it was a snooze. Granted I was probably six years old when I saw the film, I remember thinking that everyone else was way cooler than Batman. Jim Carrey and Tommy Lee Jones shine too bright to give Kilmer a chance. Also Seal’s song “Kiss From A Rose” overshadowed everyone and thing in that movie and now it’s all I want to listen to.

I think this was a matter of right place at the right time for me. It was 1997 and I, a young eight-year-old, thought George from NBC’s ER was the epitome of hot. The movie’s not great but I will still watch it whenever I see it playing on television. I wanted to be Batgirl and I thought Robin was sweet and Mr. Freeze was so bad! It’s a fantastical and polarizing moment in Batman history, but I stand by my ranking. 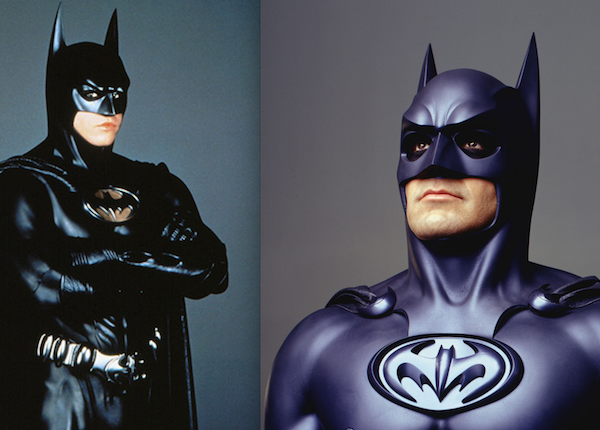 I remember tuning into reruns of Batman before getting ready for school and I thought it was so funny yet so frightening. It was a cartoon come to life with action (now laughably limited for the caped crusader) and laughter in a brightly colored setting. I don’t really remember if they got into Bruce Wayne’s background or even how it ended, but I do remember finding it wildly entertaining.

I was one of the few who believed in the Batffleck and I stand by it. This grizzly, hardened Bruce Wayne felt like a new man. Has Batman ever been allowed to have facial hair? I dug his darker and arguably less accurate portrayal and I can’t wait to see what’s next. 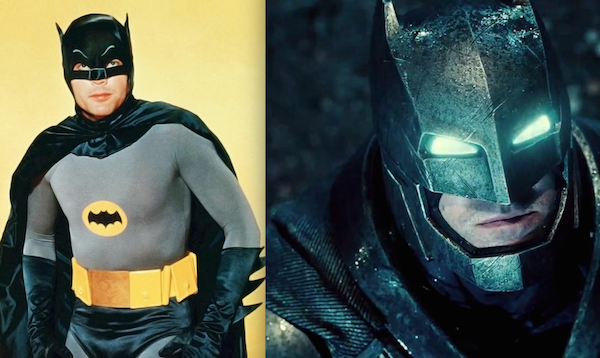 It was actually a tough choice between numbers two and three because I can’t tell you enough how much I can’t stand the voice Christian Bale does as Batman. Besides that though, Bale was actually incredible. The physicality he brought to the role is on a level of its own and his brooding demeanor presented heroes in a different light. His portrayal is the one that actors today hope to achieve.

Maybe it’s an emotional thing, but Michael Keaton will always be my Batman and my Bruce Wayne. When you’re wearing a cape it’s hard to play the guy without it, but Keaton nails both. His timing is impeccable, too. When he hits hard, you’re there with him and when he plays it soft then you’re empathetic. You’re on board with Keaton from start to finish and that’s a great identifier of a gifted performance. 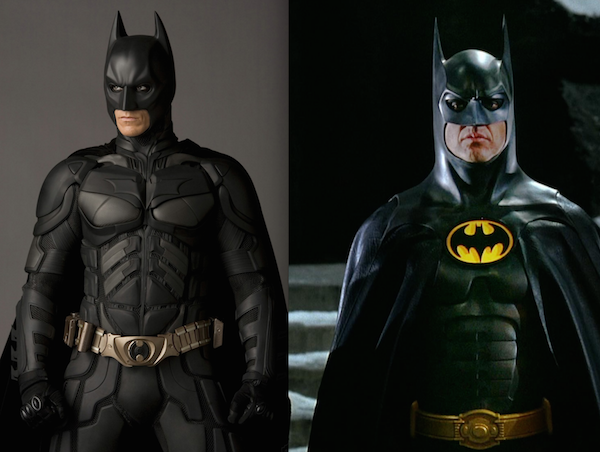