I won’t bore you with the semi-plagiarism anymore. You know what’s coming. Here we go.

“Know first who you are, and then adorn yourself accordingly.”

Uttered by no one, heard by all, this line kicked off the most recent episode of HBO’s ambitious original series, The Leftovers, with a bang, a big friggin’ bang.

But you already know that. You already saw it. I don’t need to remind you what happened. We’re here to talk about what’s next.

See, I could sit here and write a detailed analysis of the various metaphorical fixtures both overt and covert throughout the episode. I could read between the lines and give you all a dissertation on the meaning of everything, on the correlations between this and other stories told throughout the ages. I could examine this through the lens I mentioned just before watching this. I could do all of those things. I may, but only to serve a broader purpose, one that I feel is more important than anything else in this episode.

I think we need to address the polar opposites this show had brought together, and may be on the verge of tearing apart…

See, this show did something very interesting in its first season that, to some, was flawless, yet to others left much to be desired. It created a world wherein everything and nothing could exist simultaneously, a world where the miraculous and the natural were comparable in terms of magnitude and importance. Everything could be explained save for where they all went, and somehow, someway, we acclimated to this and accepted that we would never have all the answers. We still don’t. Let me make that abundantly clear: WE STILL DON’T.

But last night, something happened, something that changed the game, for better or for worse. Last night, Kevin Garvey crawled out of the dirt, and we all saw it.

And again, I am here to discuss the question of what’s next.

You see, the filter I mentioned previously, the lens I was talking about, has been modified. Now, our perception of the series as a whole is a lot like Kevin’s. We now know something that every other character present does not, and we can exploit that to our benefit…

…or to our detriment.

The reason I say to our detriment is this: the show’s prior state of total ambiguity had its advantages (again, just making the point that the ambiguity has not left). It allowed anyone to access the show from any point of view, and therefore make the series their own. However, now that a side has been chosen (apparently), things will be different from here on out. And I’m not certain, even having been someone who preached “pick a side” for weeks and months,  that that was the right move.

I realize the path on which I’m guiding you is about as linear as the episode we’re going over, but bear with me as I simplify: The Leftovers may have thinned its audience to an extent by creating a degree of certainty. It may, however, be pulling an even bigger trick on those of us who are instantly jumping to the conclusion that what we saw last night was as valid as we think it was. And that is both a frightening and relaxing proposition. On one hand, it’ll be sad to see some fans depart (no pun intended) simply because things didn’t go as they had expected. On the other hand (and this is for the skeptic crowd), it’ll be interesting to see whether or not the show attempts to question what Kevin went through, the legitimacy of it, whether it really happened. I know most of us believe it…

…but are there holes in it of any kind? Is there a chance the limbo we saw was an internal one, an insane acid trip, rather than a journey across dimensions?

See, the reason I’m doing this is because, skeptics, we need you. That’s what makes this show great, the fact that not everyone agrees on it, the fact that there is no consensus.

In this conversation between Damon Lindelof (I know, I butcher his name constantly, but I have it right this time) and Tom Perrotta, the show’s creators, we see this dichotomy of “Wackytown” and “Realsville” between them.

So what if the afterlife is real (or, again, whatever we saw)? Holy Wayne might not be. Matt’s wife may have never woken up. Tommy was a fraud. There are other things to be discussed.

What I’m trying to say is that we need you guys. We need you guys to accuse Virgil of continuing to be a pedophile, because if you don’t then we won’t be on edge when the opening credits come up. We need you to tell us how right Laurie is because, honestly, she could’ve been and still could be. We need you tell us what a liar Matt is so we question whether he’s repenting to help those below…

…or because he did something wrong. We need you to tell us that Tommy is lying because, truth be told, most of us believed him. And we were wrong. We were very, very wrong. 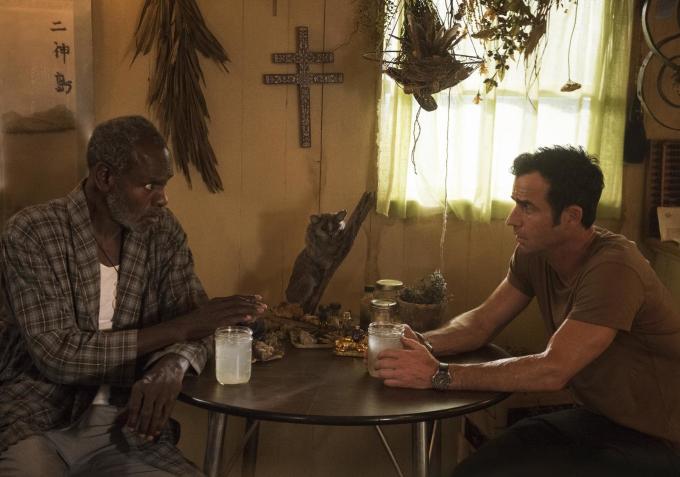 If you’d like to be a part of a great group that discusses HBO’s The Leftovers, you can join The Leftovers Chat on Facebook. Wonderful people there.