The Forever War is an iconic piece of science fiction from 1974 written by Joe Haldeman. It’s a great story about an all around above-average guy named William Mandella who is selected to participate in an prestigious branch of the military that will take on an alien species called the Taurans. The war actually takes place over the course of over 1000 years, but Mandella manages to be a part of it all. 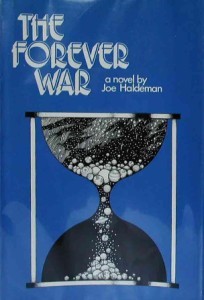 The book was well-received and highly speculated on. Many readers and critics noticed similarities in the book to author Haldeman’s personal life. The novel looks deep into matters of war and politics, which Haldeman experienced firsthand when he served with the United States Army as a combat engineer in Vietnam. Most of his other novels draw from this experience as well.

Someone thought it would make a great film. That person was Ridley Scott. Originally, he wanted to make the film right after Alien and Blade Runner, but complications to acquire the rights pushed his dream to the wayside until 2008. Back then he told Variety, “I first pursued ‘Forever War’ 25 years ago, and the book has only grown more timely and relevant since. It’s a science-fiction epic, a bit of The Odyssey by way of Blade Runner, built upon a brilliant, disorienting premise.” 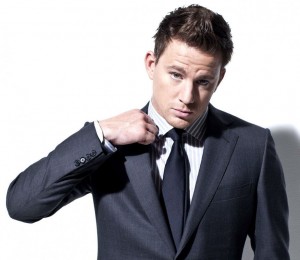 Tatum is feeling the pressure

However, it’s still taking a long time. In 2010, the writers were on a fourth draft. In May of 2014 there was a seventh draft. Just recently, Warner Brothers won the rights to the film over Sony and now there’s a new writer. Jon Spaihts, who is writing the screenplay for the upcoming Doctor Strange in 2016, will write and Channing Tatum will be your leading man.

What are your thoughts? Would you like to have seen Scott’s version? How do you feel about Channing Tatum after Jupiter Ascending? Oh, me? Not great. Let’s just hope this one makes it to the theater.

If you enjoyed Carly’s eternity, you can find the rest of her work right HERE on Sci-Fi Bloggers. You can also follow her on Twitter @MrsCarlyRodgers.