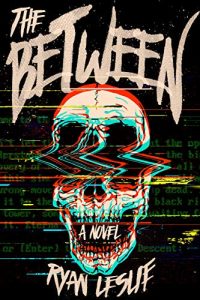 The Between Had Such A Cool Idea

The Between is a novel of interesting ideas, but sloppy execution. Several times, I found myself drawn into its weird worldbuilding and dark concepts, only to lose faith in it by odd or amateurish choices.

Let’s start with the good and the “unique selling points” of this novel. The Between is a blend of two genres: Cosmic Horror and GameLit. For those unaware of these slightly niche genres, Cosmic Horror is horror often dealing with gods and unknowable monsters. GameLit has a story that works on game logic or is in a game. And, full disclosure, simply learning the book combined those two ideas got me to buy a copy. Not knowing the later issues, the premise was too killer not to investigate. There’s something deeply horrific about imagining a real-life person dealing with the lethality of video games. The best scenes by far explore what it’s like being forced into a “character role,” how death works for players, and how various extra-dimensional concepts inform roles’ deadly powers.

The issues are the characters outside their roles and the underlying structure of the book. I’m not one to demand that a story define itself by regular beats and rhythms, but this book needs cohesion. The Between introduces two main characters (one dull and one interesting if somewhat mishandled and underutilized), stays with them for quite a while, and then gets bored and runs off to do something else. It only returns when it feels like it. Characters pop in with little prompting. Goals are manifested and resolved. An epic fantasy-style quest plotline comes in seemingly only to give the book a climax.

A few of these vignettes are entertaining—one was honestly excellent—but it doesn’t propel the narrative. The Between would work better as short stories. There are a lot of locations and ideas worth exploring but so much worldbuilding is simply abandoned or used only once. There’s a prevailing sense of draft versions stitched together.

A Better Version Of This Exists In The Multiverse

Other issues rear their heads as it goes. Certain scenes and concepts, while taboo or dark in the way you’d expect from horror, seem added for almost no reason. A subplot involving a dead dog never manages to work despite lots of narrative weight. Injuries, well depicted horrifically, don’t seem to hinder characters nearly as much as you’d expect. And one of my personal least favorite writing choices: some characters say offensive or crude things for seemingly no reason. I get that it’s probably meant to characterize them as insensitive, but it’s almost jarring every time it happens.

And then there’s the stuff that threw me. Some characters just don’t get a real ending. One is made to be a tragic figure, but we don’t get to know her well enough. It ultimately rings underdeveloped and, again, like it was from an old draft. A different character is given a massive amount of importance but then spirals away into only smoke. There might even be an instance of the malignant “bury your gays” trope, but it’s never made entirely clear—unless I missed something.

Like I said at the beginning, The Between is a messy creation. There’s a lot of good stuff hiding in the margins. My diagnosis is a vibrant level of imagination hindered by a lack of fundamentals. A more focused or scattershot-by-design approach equally would’ve earned this book a more positive review. I can recommend The Between only for those willing to deal with its flaws for that enticing genre mashup.