Extended universe have always been a little, annoying to say the least. Mostly because they were only read by the scarily obsessed fans who wanted to know everything about the fictional world they were fixated in/on.  There is being a fan, and then there are extended universe fans. Or there was. Part of the demonization of extended universe proponents is the fact that they were only books that people had to go out of their way to read, not written by the creators, or involvement with any of the original writers- just another fan who had a stabilized view of the story and the rules it has in them in order to create what usually was just a monster of the week story with some purple prose and a whole lot of shipping. In any case, this has begun to change. In fact, more and more writers or televisions series and films are continuing their stories- but not with just any old paperback, but with graphic novels.

Combing the talents of artists and writers alike, many creators of televised shows and films are beginning to continue their works in graphic novel form. In some instances this is canonical, in others just prequels or side stories, or even more in-depth descriptions of characters by way of paneling and word bubbles. 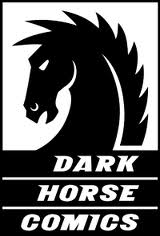 A lot of these continuations are published by Dark Horse Comics. Not as a big as DC or Marvel, they do publish collections that range from Star Wars to James Bond to Predator to Indiana Jones. Not necessarily canon, but these collections are given real support and backing because of how well they are done. One of the biggest titles released by Dark Horse would be the canonical continuations of Joss Whedon’s Buffy the Vampire Slayer, Angel and a few titles released focusing on Firefly/Serenity. Similarly there is a canonical Star Trek released as well. And recently Charmed, not the most groundbreaking or popular television series, has jumped on the bandwagon with a comic continuation.

The benefits of these adaptations can be immense for any writer looking to continue their work when the studios have decided ratings were not quite good enough for another season to be bought. They can satiate some fans desire to know more, and even possibly help a return to television if sales are high enough. But perhaps one of the biggest advantages of deciding to continue your series in a graphic novel/comic form is the freedom it gives the writer and the ability for artists to demonstrate their work. 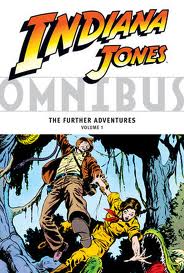 By not having a studio, actors, or any special affects budget there is a greater freedom to tell more stories and go where the television series could not. Especially for science fiction and fantasy series, this means there is a stronger possibility of incorporating plotlines that maybe would have been too difficult depending on the budget. Say, like Whedon’s eighth season of Buffy where one of the characters becomes a giant. Not the most complicated special effects, but also incredibly more difficult to do then just having characters remain normal sized.

As well, the problem of actor/writer/producer/director drama is cut out. The entire reasoning that Charmed was forced to have a sister die and pull out the idea of a new sister from a not so secret affair was directly the result of two of the shows actresses getting into fights and despite playing sisters on television, despising one another on set creating an awkward workplace environment. The result was firing Shannon Doherty. Of course, considering the series dealt with witches who regularly spoke to dead relatives and have come back from the dead multiple times they had to drop previous events and create new half assed rules to prevent communication because two actresses could not handle personal differences. The comics are finally able to resolve that conflict because of the absence of the two offending actresses. 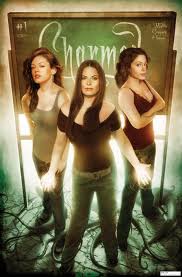 This is the benefit of any real graphic novel, as it lets the writer tell stories that television may not have allowed the budget for, or necessarily the storyline and creates a freer environment to tell stories. By continuing stories into these new forms, it gives the writers an ability to make an episode or tie up loose ends that they were not able to do so while a show was airing, or maybe a plot that the studio would not allow.

And the added benefit is the fact that it helps to showcase some amazing artwork to a larger audience by bringing fans of the comics and television together. This is always a plus.