NOTE: Major spoilers ahead. Also, not that this is not a normal review, and so its style may not reflect what you’re used to from Sci-Fi Bloggers. It would be more appropriate to consider this a “theorist” article of sorts. That said, continue reading if you’ve already seen the first episode of The Leftovers, season two.

If any of you ask why I’m writing about this show, my answer is simply this: “It MAY be sci-fi.” With that said, I’m going to take a hint from the creators of the series and just jump right in. These are my unadulterated first impressions regarding the season two premiere of The Leftovers, written not long after watching it (I may have forgotten some things so be patient with me).

Okay, so first off, THIS WAS THE MOST CONFUSING EPISODE OF THE SERIES THUS FAR. However, it could be one of the best if they tie everything together, and I think I know how they’re going to do it.

It starts with the title. “Axus Mundi” is a Latin phrase meaning “the connection between Heaven and Earth” or “the center of Earth/the Universe.” I feel as though both may become relevant themes here. Now, in the beginning, we see the cave people (Native Americans?). The minute that chick walked out, I knew there’d be a cave-in because I had a feeling this place would become the town we saw in the trailers and ads, and in said trailers and ads we saw earthquakes. The minute she survived, I remembered the town was called Miracle, and what did we just see? Well, it could be considered either a coincidence or a miracle, but that’s the beauty of the show.

Intro sequence was either a hint or a diversion (with…less epic music, to say the least).

Now, next weird thing: cracks in glass. Why are they casing up these cracks? Well, I THINK they’re doing it so they can study all the earthquakes, but I could be wrong.

The cricket is something I didn’t really get. I want to hear what you guys think about that.

The guy in the tower? My brother, with whom I watched all of last season, brought up that he may be trying to separate himself from the quaking ground. I think he’s also a metaphor for that whole “Heaven and Earth” thing (the eagle in the beginning applies as well, soaring on high).

The firefighting? I didn’t expect that, and that was where my brother and another fellow viewer came in again. Before it was explicitly mentioned, the two of them referenced Fahrenheit 451, a novel written by Ray Bradbury (one of my favorite authors) wherein firemen don’t fight flames, they light them. As for my thoughts on why they set the house ablaze, PROPHET EXTERMINATION. Calling it right now. They’re getting rid of anyone who exhibits behavior that’s supernatural (hence why that one priest shuts Matt up about his wife’s recovery (if that’s even for real)). My guess is that they’re either doing it to bottleneck monetary profits (heh) in town or they’re doing it because of some fear of the unknown. It may also have to do with a theory the “authorities” of Miracle (or Jarden, whatever you want to call it) have regarding a potential connection between prophets (when I refer to prophets in The Leftovers it’s essentially anyone like Wayne from last season) and the earthquakes. That’s a bit of a stretch, but remember what show we’re watching here.

Speaking of goats, the goat getting its throat slit…

…pardon my French, but what the fuck was that? Sorry, lost there. They’ll explain it though, I’m sure…

…or maybe they won’t. I don’t care. Love the show.

Jill and that guy are banging, no question.

The party was…awkward. The whole Murphy family appears to have a mixed bag of conflicting agendas and idiosyncrasies, and they were displayed most prominently through Evee (I’m sure it’s spelled in a more pretentious manner) and John Murphy. Evee’s clearly a covertly hostile (again, incoming French) bitch while John seems to have a God complex of sorts (he certainly became paranoid as his control over the town and various elements of his life began to slip throughout the episode).

My brother has a theory that when Kevin was just staring at “nothing,” it was either Patti or his father. The whole episode was from the new family’s perspective though, so we couldn’t see it.

Okay, I have to admit something. At first, I just thought they’d been killed. I still sort of lean in that direction, however, I went on IMDB to look up the names of the cast members, and I noticed something interesting. Skip the rest of this paragraph if you don’t want potential spoilers for this season. Okay, here goes: Evee is in two more episodes this season. Now whether she’s featured in flashbacks or is featured in a dramatic “return” episode is beyond me, but the only reason I’m even considering the latter for a second is this one possibility that’s just so crazy we might be watching The Leftovers…

…the girls caused the earthquake. Now bear with me on this, because it’s just a thought, not a full blown theory yet. So look, they were swimming in the beginning, and measurements were being taken and the three girls put on big smiles and whatnot and everything was fine, but then they got in the car.

And they didn’t make a sound. Teenage girls. No texting, no social banter, nothing. I’d even say they looked a little bitter.

And then, while they were running naked through the woods, Evee held up her arms toward the ski. Axis Mundi.

It’s a STRETCH, believe me, but I’ve always been of the mindset that The Leftovers is one of those Game of Thrones type of shows where the supernatural elements are there, they just have to creep in little by little.

What do you guys think of the above? Is it nuts? Is it sensible? Do you have your own thoughts to share? That’s what the comments section is for! TALK TO ME! I’m just a fan like you, so let’s chat like fans do. See you around! 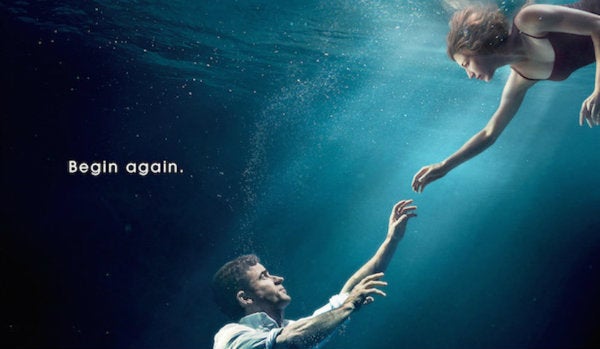 P.S. – ONE LAST THING! GO TO THE OFFICIAL LEFTOVERS FACEBOOK PAGE AND LOOK AT THE TIMELINE COVER! Tell me that doesn’t sound like the quote from the Bible that was hanging during the sermon.

P.P.S. – I just had another thought. The entire opening sequence could be a metaphor for the whole show. Think about it. Someone is doing well, and then suddenly, nature divides them from their natural ways. They try and hold in, and in doing so harm themselves fatally. And then the perfect life they tried to protect is taken away from them as they rot, taken away to be isolated in a “better place.” Could be, not saying it is, but…