Today I would like to talk about a television series broadcasted in 2011 which, in my opinion has been underestimated, especially because it gives us food for thought about the forecasts on our future.

I’m talking about Terranova, a Sci-Fi futuristic series, produced by some guy called Steven Spielberg, a name that has always worked as a warranty in this field.

The setting is a 2149’s devastated world; men’s life is at risk due to extreme pollution and overpopulation and scientists have found a possible way to salvation in a portal that connects the present time with a prehistoric version of the earth 85 million of years in the past. 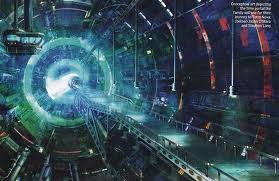 A selected group of men has been sent back in the past, where life can theoretically go on in a healthy environment; people have organized their community as a prehistoric village, everyone has his duties and human race finally found a way to survive.

A bit easy, right? Of course problems are not to be waited much: first of all, prehistory comes with some little and cute creatures called dinosaurs, not a very good company when you have to go out in search for food. But, actually, the worst enemy of men is something smaller and way more pure evil then dinosaurs: themselves.

Even if, in my opinion, the series might have been made in a better way, with more good quality actors and less bad quality clichés, Terranova is a good watch for what it gives to our minds. 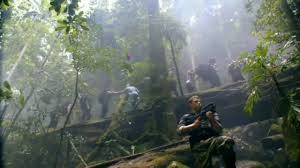 First of all, the theme of human’s need to prevail on all and conquer all is well explored, with lot of conflicts and secrets between the four walls of the village; man’s nature kills way more people then Nature itself.

This is something we need to reflect on: is man capable of go on with his life without screwing everything up? The answer that merges from Terranova is basically a huge no.

Even if humans destroyed their own planet with their hands, they sure didn’t learned from their mistakes, but actually are taking in a uncontaminated and nature-ruled earth their very modern addictions and qualities.

Also, another reflection that we can make after watching this television series is about the new frontier of the technological progress: the past. While once upon a time science, and of course especially Science Fiction, was oriented to a super technological future, with flying cars and a life expectancy over two hundred years, now what we have here is a return to the past (prehistory here).

A very pessimistic view of the future, that is suggesting us that all this years of this so called “progress” have been nothing but a huge mistake, and now the only thing that can save human’s life is to press the rewind button to be able to return to ages were technology hadn’t thread in our life this deep and men (or at least some of them) were basically alone with their only weapon: their brain.

Editor’s Addition: The entire first season is available on Amazon now for only $9.95. Use our link here to help support the site.