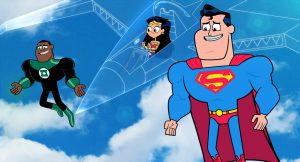 Here’s a short list of recent or upcoming superhero media.

My Hero Academia S3: An anime set in a world where (nearly) everyone has superpowers.

Incredibles 2: A movie set in a world where superheroes are marginalized.

Teen Titans Go! To the Movies: a comedic take on lesser and major D.C. characters.

And that is not even touching Marvel and D.C.’s entire cinematic universe.

My point is this, and it is an obvious point: we have so many superhero movies. I used to think the term “superhero fatigue” was silly. But, I have seen much superpower stuff lately, that I feel like it’s refreshing when I watch a movie without superheroes.

Seeing a character wail on some weak minions from the bad guy is starting to drain me, not make me excited. Someone shooting lasers out of their hands has somehow become dull.

“Superhero” is its own subgenre, but it might be becoming an overexposed genre.

Even the subversions of superheroes are getting tacky. We’ve seen the main character who’s the only one without powers. We’ve seen dark stories where powers are taken to logical, deadly extremes. Drunk superheroes. Mean superheroes. Superheroes who can’t die and wish they could. 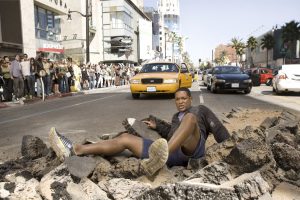 As a nerd, even outside of my reviewing job, I feel obligated to see all of Marvel’s new movies. Socially, too, it’s necessary to keep up with the films. All my friends watch Marvel.

So, it’s not so much “fatigue” as it is being overwhelmed. Superhero movies are theater movies. And, with how busy people are, they only have time to see so many movies in theaters. So, every theater movie is a superhero movie. And, when you’re seeing this stuff with a speaker the size of your head—it’s likely to stick in the mind better than anything you watched on Netflix.

It can feel like it’s all you’ve been watching lately.

But, the only way that problem will solve itself, is for production speed across a bunch of different studios to slow down, hard.

And there’s no way that’s ever happening. They’d be insane to stop now.