The following piece was written by Collin Pearman, an associate of ours, and sent in to us for consideration. Here at Sci-Fi Bloggers, we like showcasing a variety of different opinions. Normally, they are those of our intelligent team of contributors, which continues to grow, even to this day. However, there are times when we are sent something written by a fan of the site, or someone simply interested in sharing their ideas, that we are compelled to share. And so, we give you yet another Sunday Surprise!

It isn’t the hot, naked aliens. Okay, for some, sadly, it is the naked aliens. If you’ve been to a convention in the last, oh, say, ever, you know what I’m talking about. But is that really it? Not even close, if you ask me. You, well, we, are in it for so much more. But why? What is it about science fiction, above all other genres, that grabs us, that captures our imaginations and doesn’t let go?

Some time ago, I submitted the beginning of my novel, A Timeless Abandon, for review to Dylan Alexander, the Editor-in-Chief of this site. This has since launched me into some great conversations with both Dylan and Brandon Scott, a site contributor and Friday Fiction author here who ended up writing my review, and through it all, I’ve thought about this question, “Why do we like science fiction?”

I remember a conversation with Dylan well (mostly because it was via email and I have an exact transcript). He was selling me, while we waited on Brandon’s review, on watching the movie Interstellar. He sold it in a fairly concrete way.

Who was I to refuse such a weighty sales pitch? But then, Dylan said (wrote) something that really got me thinking. I’ll rewind the tape on that quote to give it that ever-crucial context.

Why go watch Interstellar? Because it’s spiritual AND scientific.

Ok, you might think. “It’s scientific, cool. But spiritual? Is that even allowed?” I think it is, and more than just allowed. I think it’s vital. Before you stop reading and throw your computers, let me save you the cost of a new one and explain what the term means, as applied to sci-fi. Loosely defined, spirituality is a sense of connection with something larger than yourself. For some people that’s God, or gods. For others, it’s a connection to the Universe or the energy within themselves. For still others, spirituality is about recognizing the connection that all people and, what’s more, all living things have with each other.

But what does this have to do with sci-fi? Well, to start, let me give you my email response from my conversation with Dylan.

Me: “That’s awesome! It seems like, a lot of the time, one of those gets the axe in favor of the other. It’s been a big part of the process for me, trying to write a book that engages with both…things respectfully, to come together in a way that is faithful to both. I think the best sci-fi is [in part] social commentary, grounded in really human stuff. You know? Not just giving things the Michael Bay treatment and having cool explosions of science-fictioneyness (trademarked-term) just because it’s cool… but, rather, to facilitate a story that is truly compelling, because it touches something very human in us. I tend to stay away from sci-fi that doesn’t have anything meaningful to say about what’s going on here, now.”

Yes, there it is. The best science fiction is grounded in human concerns. It has something to say to us, to our current experience. But don’t take my word for it (nods to the Reading Rainbow guy), because I’m not alone in this way of thinking. James D. Watson does not read sci-fi. If you know who that is, that’s shocking. For those of you who don’t know, James D. Watson is a Nobel Prize-winning biophysicist and researcher credited with co-discovering the double-helix structure of DNA. Before his time, wouldn’t DNA itself have seemed, at the very least, a little bit sci-fi?

And yet, he doesn’t read it. Here’s why:

“I never could read science fiction. I was just uninterested in it. And you know, I don’t like to read novels where the hero just goes beyond what I think could exist. And it doesn’t interest me because I’m not learning anything about something I’ll actually have to deal with.”

For James, if sci-fi is only dealing with theoretical concepts and far-off stuff, it isn’t worth reading. But here’s the thing, and this is key: good science fiction, the kind you likely read, actually has a lot to say about how we think, how we treat people, and how we treat ourselves.

“I think science fiction helps us think about possibilities, to speculate – it helps us look at our society from a different perspective. It lets us look at our mores, using science as the backdrop, as the game changer.”

Mae is right. Sci-fi helps us look at our present, but from a different perspective. But it also helps us look toward the future.

“Remember, science fiction’s always been the kind of first level alert to think about things to come. It’s easier for an audience to take warnings from sci-fi without feeling that we’re preaching to them. Every science fiction movie I have ever seen, any one that’s worth its weight in celluloid, warns us about things that ultimately come true.”

While Steven is talking about movies, the same can easily be said for books, comics, video games, anything sci-fi. It helps us look at life, ask the big questions, examine our societies, and pay attention to the direction technology is taking us in. Now, to be fair, this might not be the point with all sci-fi. But, what is science fiction? Well, it’s a lot of things, and that’s why, in the official study of the genre, it’s been split up into sub-genres, each with a specific focus. BestScienceFictionBooks.com takes a look at those different genres, including one, appropriately named for this post, Social Science Fiction. They state, “Most of today’s Science Fiction incorporates Social Sci Fi. Post-Apocalyptic, Alternate History, Utopian, and Dystopian Science Fiction sub-genres are relatives of Social Sci Fi because they all ask the reader to think critically about the posited society. Soft Science Fiction is also related to Social Sci Fi…Even Zombie Fiction can be seen as part Social Sci Fi because the drama that unfolds as zombies clamor for brains is often a commentary on humanity—the individual and the group itself.” 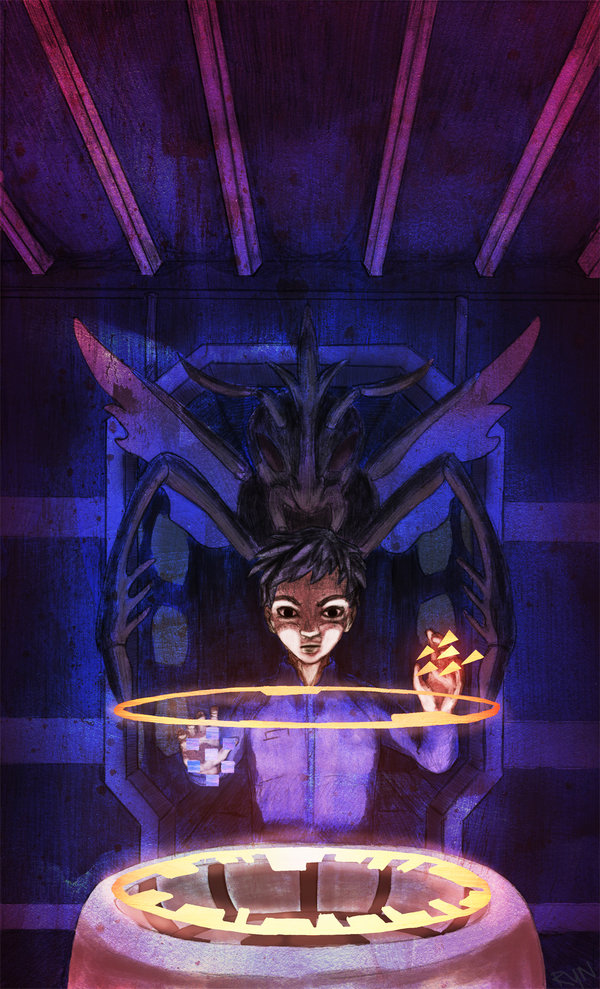 I couldn’t agree more. You love science fiction, I suggest, because it draws you into a discussion about us, about now, about why, about how, and about the what-ifs.

Collin Pearman is a Portlandian author, Master’s-Level Counseling Student, and lover of science fiction. Check out his blog by clicking HERE.