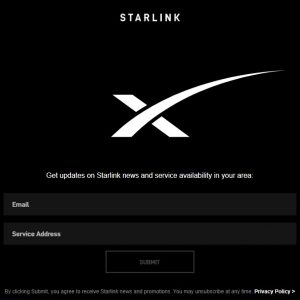 Starlink Is Going To Change The Planet

Starlink will be a godsend.

But what is it?

It’s not a secret that the internet is increasingly required for a growing number of jobs, but there are still places in the world where access is severely restricted or nonexistent.

But we live in the future, don’t we? We live in an era where, though we are constantly facing hardships, we are also making strides for better and better technological progress.

And no company is more indicative of this than SpaceX. I’m constantly impressed by Elon Musk’s increasingly not at all pie-in-the-sky aspirations that recently brought men up to space.

And now, in something that feels like a story over at Friday Fiction, we are seeing—projected for 2021—Starlink, a global internet provider with low-orbit satellites in the thousands blanketing the world.

The basic idea is, anywhere needed, you can set up a small dish and make it face the sky, and it will give you internet access beamed down. The dish even rotates on its own for better connectivity.

Now, will this be better than current internet providers in terms of download and upload speeds? Probably not—at first, anyway.

But that’s not the point of it.

The point is this is internet for anyone. From a small town in Africa to out in the ocean, this is access. The planet is already interconnected as it is, but it’s not completely so—and this is a step in that direction.

Sometimes new technologies being seen as revolutionary is hyperbolic, but this is, really, truly, the first signs of a technological step forward. Along with recent developments in more terrestrial internet distribution (like 5G), this may give rise to self-driving cars, real-time holograms, and artificial intelligences with some substantial mental power.

The future dreamed about is starting now, and it’s coming fast. Who knows what will happen when the world is connected?