Star Wars is an expansive universe. It creates a “sandbox effect,” as referenced in the controversial documentary, The People vs. George Lucas.  Thus, fans the world over pour their creativity into this wonderful universe in all sorts of exciting ways, so thank you Mr. Lucas, for opening up an infinite spectrum of possibilities.

Here are a few awesome creations brought to you by fans of this beloved franchise!

This one went viral really fast. Written, directed, produced and edited by independent filmmaker Shawn Bu, this film was an exciting take on one of the most underutilized characters in the Star Wars franchise (I’m referring specifically to the films in this case). DARTH MAUL: Apprentice takes place prior to the events of the prequel trilogy and stars Ben Schamma as the titular Sith assailant, hunting down a group of Jedi who discover him on a hidden planet.

The cast, while a touch melodramatic, does a great job, especially as combatants. It;s definitely an excellent action film. Check it out!

Being recognized for your ability to express yourself through cosplay is pretty awesome. Being recognized by John Boyega for that same ability is even better. Take a look:

This happened on March 25 and it’s very sweet that Mr. Boyega would acknowledge a fan so honestly and openly. Thank you for having such candor, sir.

One of the most unique ideas I’ve ever heard from a fan fiction author comes out of Fialleril’s Double Agent Vader. In it, Darth Vader becomes a double agent for the Rebellion around three years after the events of Episode III: Revenge of the Sith. His link to the other side (closer to the time of A New Hope) is Senator Leia Organa from the planet Alderaan. After discovering the senator’s Force sensitivity, he begins to teach her new techniques that the two of them are able to utilize to their advantage.

I haven’t read it all yet, only pieces. Keep in mind that it is a fan fiction series, but still a good one and quite popular. Check it out right HERE.

Okay, I know you’re tired of all the theories surrounding Episode VII and Rey’s parentage and Snoke and Maz Kanata and all that, and you may have already seen this one, but it’s worth mentioning again. One of the main reasons I support this theory so highly is because of the fact that Ewan McGregor was brought in specifically to record one line for Rey’s flashback: “These are your first steps.” It is a callback to the original film, when Alec Guinness’ Obi-Wan said a similar thing to Luke, “You’ve taken your first steps into a larger world.”

I’ll close this out with something I love:

The 501st Legion is known as the world’s definitive costuming organization for the Empire.

“While the 501st was initially founded to unite costumers with a penchant for Star Warsvillainy, one of our real-world missions is to bring good to our communities through volunteer charity work. The 501st is always looking for opportunities to brighten the lives of the less fortunate and to bring awareness to positive causes on both a local and global scale.”

That’s just beautiful to me. They have a list of charities they support on their site. You can take a look at their work HERE.

That’s everything guys. Sleep well and May the 4th be with you. 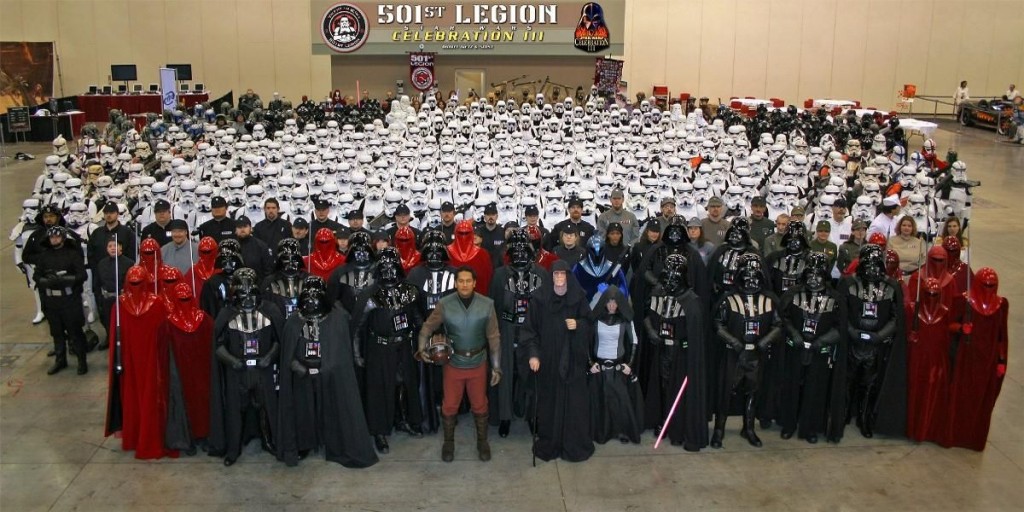