WARNING: MAJOR spoilers below for Star Wars: Knights of the Old Republic, one of the greatest video games of all time that all of you really should play before reading this, just so you know. Oh, and Star Wars: The Old Republic, a popular MMORPG created by the same guys.

When Return of the Jedi debuted in 1983, it was the end of an era. For six years audiences followed the adventures of a moisture farmer as he ascended from a galactic nobody to hero with an eternal legacy. It wasn’t easy. Friends were made, mentors were lost, scoundrels became heroes and villains were redeemed. The story was ended. Star Wars was done.

But not to the fans. For the past twenty years, generations of die-hard authors continued the saga in ways even George Lucas never dreamed of. From the dawn of the Jedi to centuries beyond Luke Skywalker’s legacy, each story has added a piece to the tapestry that is Star Wars, enriching the saga as a whole by populating it with unlikely heroes, iconic villains, and everything in-between. Even though this Expanded Universe (as the unofficial stories were collectively called) has been rendered moot with Disney’s purchase of the Star Wars franchise, these stories are a testament to the inspiration Star Wars evokes in people. This article will focus on a character forged out of such inspiration. Ladies and gentlemen… 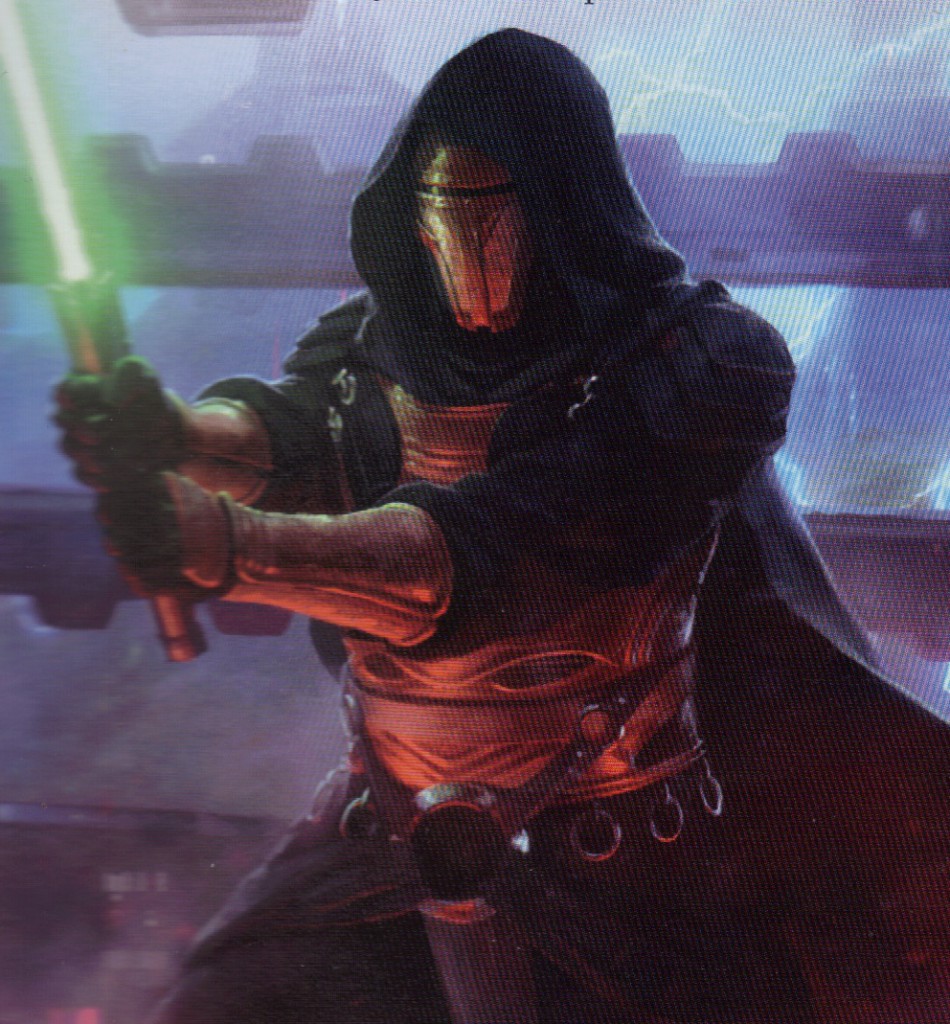 Revan is the Anakin Skywalker of his generation. Brash, willful, and vocal in his claims that the Jedi should be a participant in galactic events, Revan broke protocol and led a legion of like-minded followers into the Mandalorian Wars, a conflict between the Mandalorian warrior culture (essentially the Spartans of Star Wars) and the Galactic Republic that the Jedi of that era (four thousand years before the time of the original trilogy) were intent on staying out of. But Revan wasn’t satisfied at war’s end. Convinced that the Sith were behind the plot, he departed into deep space with his friend Malak to eliminate them once and for all.

It didn’t turn out as planned. Revan returned to the Republic as Darth Revan, Dark Lord of the Sith, Master to Darth Malak. Together the Sith Lords brought the Republic to its knees…until of course the inevitable happened (as far as Sith are concerned). Malak betrayed Revan and left him for dead. Instead of executing the captured Revan for his crimes, the Jedi Council decided to erase Revan’s memories. Thus the Dark Lord died and the Jedi within was reborn, ready to be re-trained and ultimately defeat Malak.

Here’s where it gets interesting: Revan gets married and has kids (the Jedi Order’s way for thanking him for saving the whole of civilization). Unfortunately, Revan gets involved in adventures that see him imprisoned for centuries by the hands of the nearly immortal Sith Emperor (not Palpatine) who originally turned him to the Dark Side. When he finally died three hundred years later, his mind split: the Light Half merged with the Force, but the Dark Half still animated Revan’s body. Talk about a mental crisis.

Obsessed with destroying the Sith Emperor once and for all, the Dark Revan became an even greater monster. With the help of the fanatical Revanites by his side, and despite the alliance between the Republic and the Sith Empire screwing up his plans, Revan banished the Sith Emperor’s spiritual form.

Banished. Not destroyed. Ending the Emperor was the destiny of another Jedi. The two Halves merged and became one with the Force. For Revan, his story was finally done.

Revan was the Anakin Skywalker of his generation. He was one of the few who could not only channel the dark side safely, but to do so while simultaneously channeling the light.

Pardon the French below, but the quotes listed are…a fitting conclusion, to say the least. 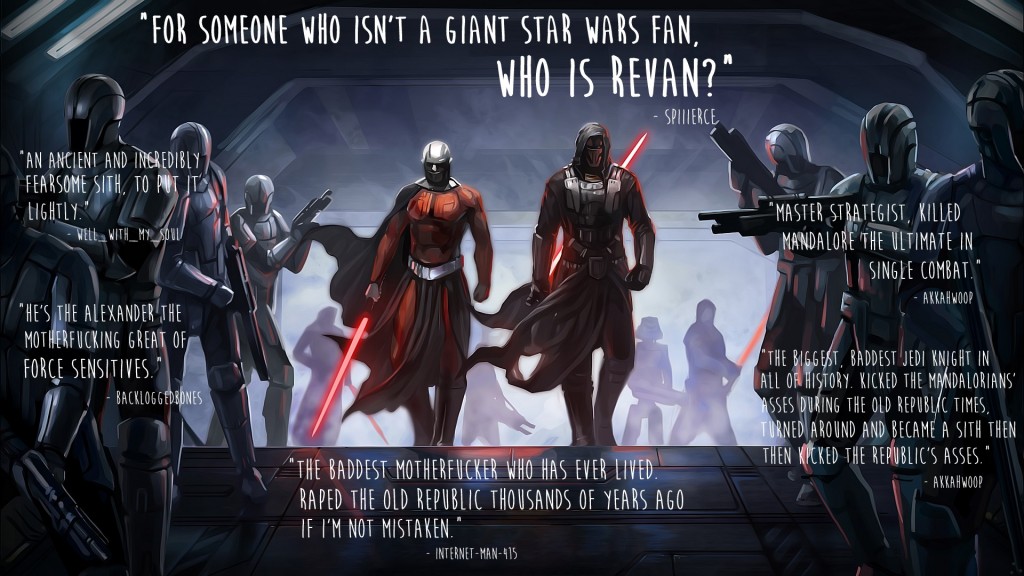 If you enjoyed Michael’s legend, you can find the rest of his work right HERE on Sci-Fi Bloggers. You may also check out his personal blog over HERE.