Set on the republic capital of Coruscant, players will take on the role of a yet unnamed bounty hunter as he delves into the seedy underbelly of the massive city planet to hunt down and possibly work for various criminals.  It’s unclear whether or not this game will tie in with the long in development Star Wars live action TV show, which is also rumored to focus on a bounty hunter and criminal activity in the Star Wars universe. 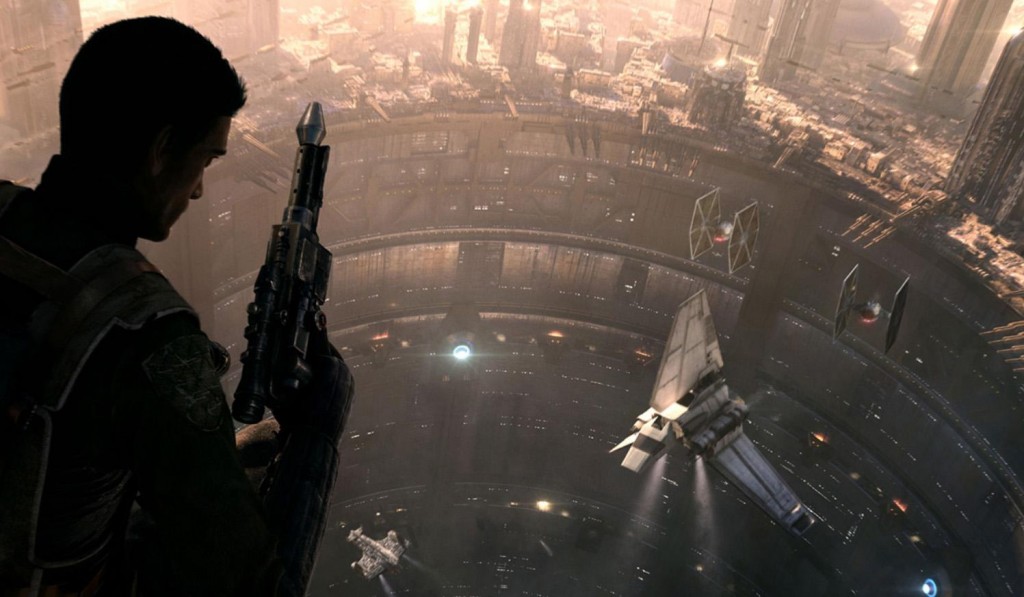 Regardless of whether there is a connection or not, 1313 is worth getting excited for all by its self. Lucasarts is partnering with both Lucasfilm and Industrial Light and Magic to make this one of the most graphically stunning video games in recent memory. Motion capture and face recognition technology is also being used to accurately capture the facial expressions and movements of actors playing key characters in the game.

In the gameplay department, if you’ve played Naughty Dog’s excellent Uncharted series for PS3 you wouldn’t be far off from understanding the key gameplay of Star Wars 1313. Large scale action set pieces will require the player to do a bit of platforming in high stress situations. A live demo shown at E3 showed the player character not quite sticking a jump onto another shuttle in mid-air after an explosion. In a shower of flames and sparks, the player character slowly but surely climbed back inside as the shuttle continued its descent into the depths of Coruscant. 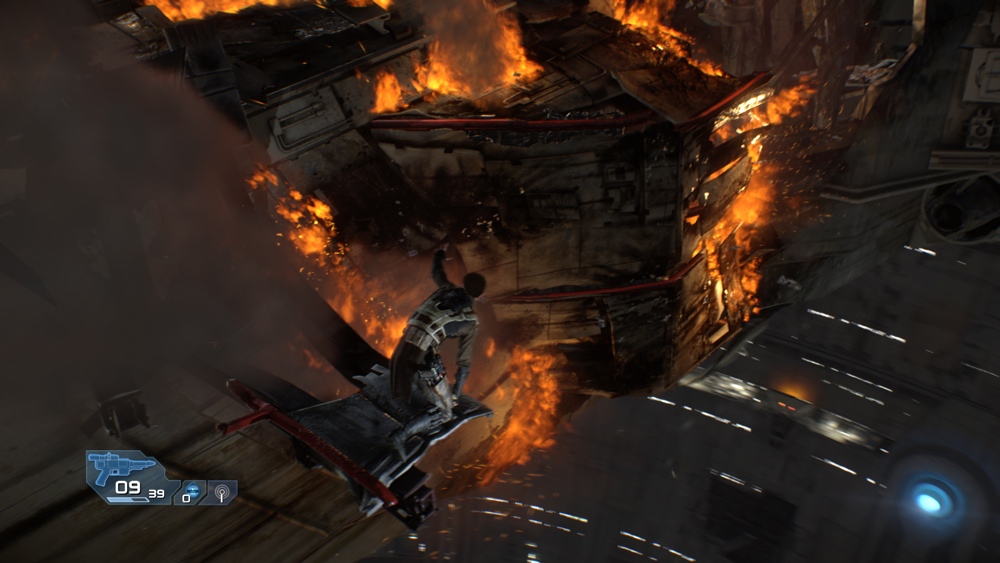 Gunplay will also have a large role in 1313. For the first time in a long time, Star Wars gamers won’t be taking control of a Jedi, using a lightsaber, or using force powers.  Fitting for a bounty hunter, players will be equipped with various blasters and high tech gadgets to round out the arsenal.

The game looks phenomenal, but it remains to be seen if the game will sport an M for mature rating like Lucasart employees and game journalist are saying. From the demo footage I’ve seen nothing seems to justify an M rating. Besides that, I’m not sure if the Star Wars license is even allowed to be taken to that mature level, considering the darkest film in the series received still only a PG-13. Even if  the developers don’t deliver on their proposal of an M rated Star Wars game, 1313 is still worth getting very excited about.