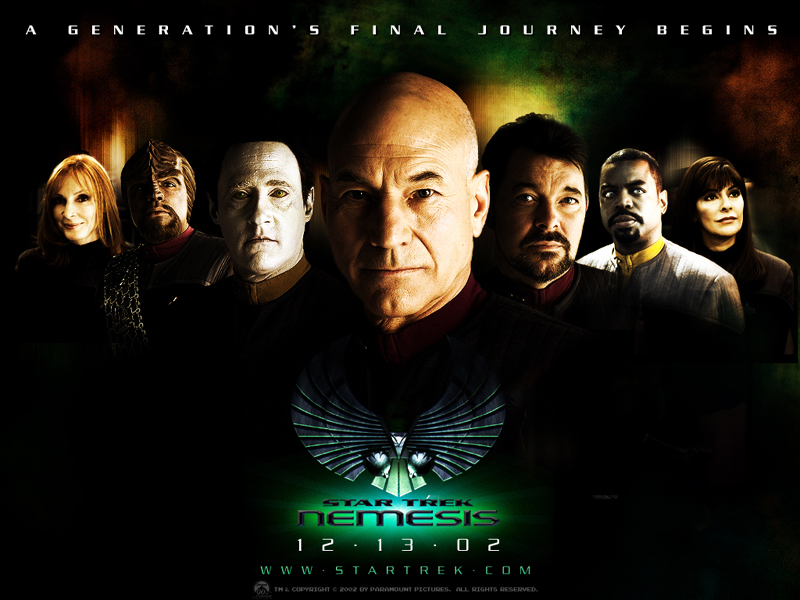 From the start, everyone knew Star Trek: Nemesis was the Enterprise-D’s last time on the silver screen. It tied too many loose ends to be otherwise. Will Riker finally marry Deanna Troi and gain captaincy of the USS Titan? Dr. Crusher was leaving for Starfleet Medical. Even Picard confronted a future that never happened, courtesy of his clone Shinzon.

The biggest revelation lies with Data, the walking, talking computer who just wants to be human. Nowhere is Data’s fate more clear than his actor Brent Spiner sitting in the director’s chair. Data was, by design, ageless. Over time, Spiner got old. Far too old for an android. Computer graphics and hours in makeup weren’t going to do it. Only the finest farewell could do justice to the pale-colored android.

Throughout his existence, Data was set apart from the humans he sought to emulate by philosophical, immaterial things: watching the sunset from a back porch, for example. Nemesis exemplifies this by confronting Data with the one aspect of humanity he is completely unaware of: mortality.

This is where things get interesting. Data, barring unfortunate accidents, can live forever. He’s never been adequately prepared for death. He’s seen it first hand with Tasha Yar and others, but without situations where his sacrifice was necessary, his own mortality was abstract; he knew it could happen but pushed it to the side (as anyone would do with the inevitability of death). Sacrifice is a big part of what humanity is: dying for a cause, for a loved one, for unrealistic ideals. By having Data die, he succeeds in completing his quest for humanity. In death he truly becomes human. 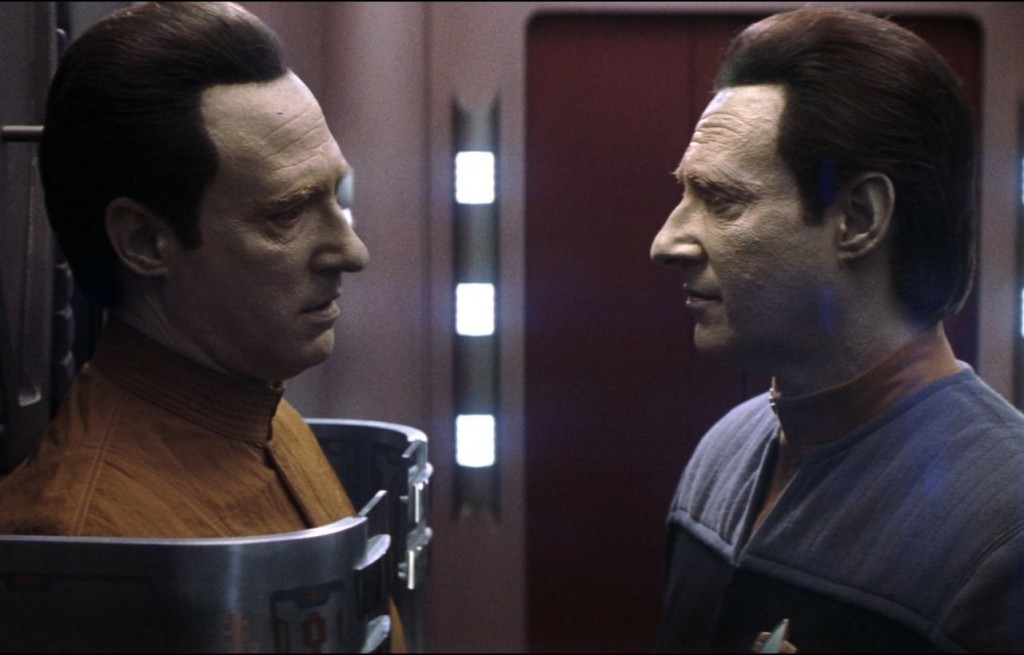 B-4 is a long-forgotten (and conveniently found) prototype, the machine that Data was based off of. Ecstatic that he is no longer alone, Data begins the grueling procedure of copying his personality into B-4’s neural network. Being of an obsolete design, it is unsure if B-4’s meager processing power can handle the enormous amount of information.

Then Data dies. Gone. Vaporized. Ka-put. No funeral, no remains. Just space. He does so heroically…at least until B-4 makes a full recovery and becomes Data 2.0. I conclude that while Brent Spiner wanted Data to ride off into the proverbial sunset, the actor was also keenly aware that his star was fading. B-4 was his Hail Mary. If ever the Trek films regained their popularity, Data would be, in one form or another, back on the Enterprise. Financially this makes sense, yet the act simultaneously robs the impact that Data’s death meant for his quest of humanity.

Nemesis was always going to be the end for the Next Generation crew. Yet mixed in with the farewells, seeds were planted just in case. Is the dampening of Data’s final act enough to destroy the meaning of his death? You’ll just have to watch and find out for yourself.

If you enjoyed Michael’s data (kek), you can find the rest of his work right HERE on Sci-Fi Bloggers. You may also check out his personal blog over HERE.