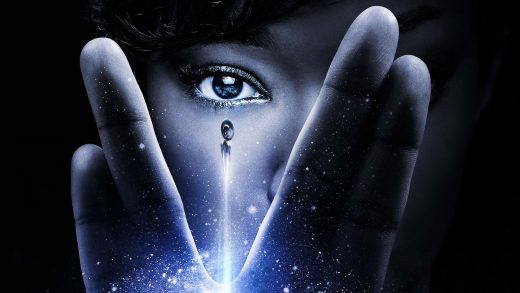 “There’s drama in them there hills!” Behind the scenes drama that is.

Star Trek Discovery represents the long awaited return to TV of the beloved Star Trek franchise. But will it deliver all that we know and love about Star Trek to the fans?

Let’s take a look at, and rate – Good or Bad – what we know so far. These ratings are our opinions and we look forward to and invite you to share yours in the comments.

Star Trek Discovery will premier on CBS on September 24, 2017 – GOOD – Having the series on TV so everyone can watch it is good. Better still if it’s also on-demand online even if with commercials.

Only the first episode will be on TV. The remaining 14 episodes (15 total for Season 1) will only be available through a CBS All Access subscription at $9.95/month. – BAD – If they’re going to stream it at least put it on Amazon so we can buy the season for $20 or something. This feels like a cash grab and an attempt to shake us down for money. Even if we subscribe, to watch all 15 episodes will cost around $40, nearly twice what a full 20+ episode season normally costs on Amazon. What they fail to realize, as corporate often does, is that they would make even more money buy selling it to us through Amazon, Netflix, Hulu or even HBO or Showtime, which have greater content offerings than that from a single network. Time will tell. Note: International audiences will be able to watch Discovery on Netflix. The CBS All Access restriction is only for the  US and Canada. More shakedown evidence. Prediction: Proxies will abound.

It looks like the lead character is at least part Vulcan. – GOOD – Given the promotional imagery, emotional scenes from the first trailer, and the only slight point to her ears, I’d say it’s a safe bet that she’s at least half Vulcan or maybe even 25% with a Vulcan grandparent. Up until now we’ve only seen full and half-Vulcan characters. It will be interesting to see how a less-than-half Vulcan behaves and the challenges she faces celebrating all of her heritage. 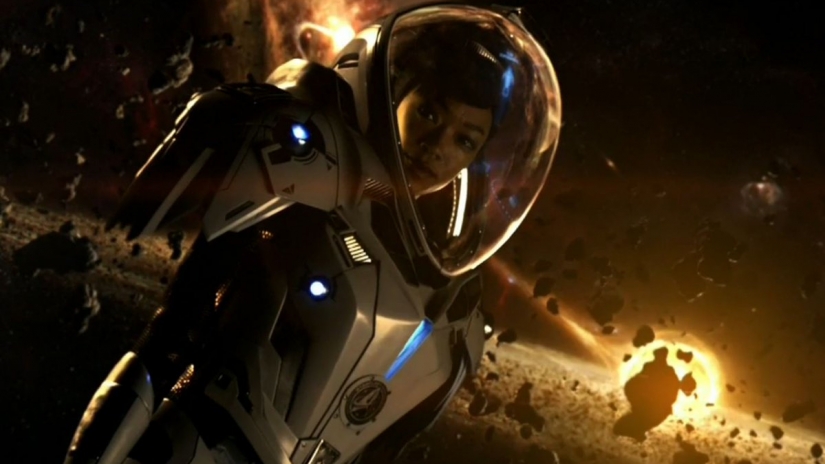 Bryan Fuller left the production after creating the series idea. – BAD – Bryan Fuller [Hannibal, Heroes Season 1, American Gods] is a veteran Star Trek producer and writer. He knows the Star Trek philosophy, has a great track record and is a fan. There were “creative differences” and he left, but maintains an Executive Producer and Writer credit on IMDB. He has since stated publicly that he has “no involvement” with the series.

The Klingons, uniforms & transporter room 10 years BEFORE Kirk and it looks like this? Seriously? – BAD – Discovery seems like an attempt to meld the rebooted Kelvin universe and the original Star Trek Prime universe as a cash-in for both groups of fans. Fine in theory, but if the continuity and soul are lost, then it’s like throwing the baby out with the bathwater. I can hear the creative meeting now, “We need to make it darker, grittier and more ‘realistic’…” And that’s the problem. Star Trek is about HOPE for a BETTER future. It is NOT about doing the same petty uncivilized things that we do now with “better tech”. Star Trek has set an example and given hope that we can evolve beyond our flaws, rise above our petty differences, and truly live together in peace, prosperity and harmony. The tone of this looks like Star Trek has sold out and become a superficial effects-fest of “because we can” display.

Save one [Nicholas Meyer], creative is no longer taking it’s lead from series veterans or even fan-made hits Renegades and Axanar. – BAD – To the best of our knowledge, none of the veteran TV series producers, creators, creative consultants, etc., are currently leading the production. Those that may still be part of the team are rumored to be plagued by micro-managing interference by CBS (see videos below).

Even with it’s grey-hat licensing issues, Star Trek: Axanar seems likely truer to the franchise and deserves a shot. Rather than fight with Axanar’s creators, CBS and Paramount would have been wise to embrace Axanar, bring its creators into the fold and let them take part in creating the next TV series.

Nicholas Meyer [Wrath of Khan, The Voyage Home, Undiscovered Country] is co-chief writer. – GOOD – The one saving grace and ray of hope for Star Trek Discovery story telling is that veteran Star Trek movie writer Nicholas Meyer is at the (co-) writing helm. Let’s hope he can keep the intellectual and philosophical leanings of Star Trek in tact. 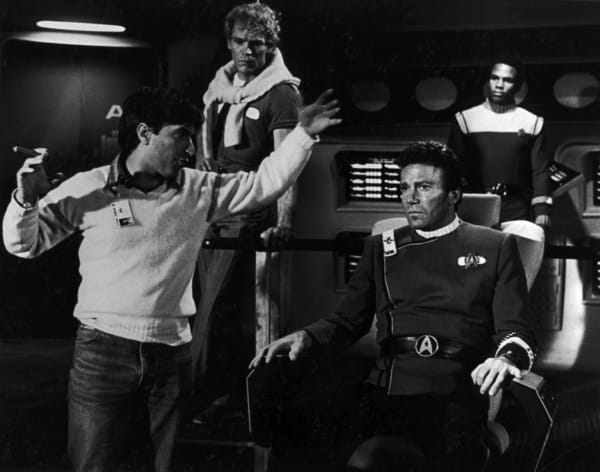 Discovery will break one of Gene Roddenberry’s core rules. – BAD – Staying true to the vision of a successful creator is key to ensuring that creation’s continued success. The impulse of “new brooms” to “sweep clean” continually astounds me. Look at what’s happening with the Star Trek film reboots. They’re rather rapidly sliding away from what has always made Star Trek great, sacrificing its essence to create “block buster action flicks”. According to Entertainment Weekly, Star Trek: Discovery will break Gene Roddenberry’s core rule of no major flaws in main hero characters and no major conflicts between core hero cast.

“As part of Trek creator Gene Roddenberry’s utopian vision of the future (and one that Trek franchise executive producer Rick Berman carried on after Roddenberry’s death in 1991), writers on Trek shows were urged to avoid having Starfleet crew members in significant conflict with one another (unless a crew member is, say, possessed by an alien force), or from being shown in any seriously negative way.” – EW

Continuity is for losers, apparently. – BAD – While Bryan Fuller crafted the original concept for Discovery as taking place between Star Trek: Enterprise and TOS, now that he’s left, it seems that the production design is taking no clues from either Enterprise or TOS. Are they forgetting how smart fans are? That this is an intellectual show and not action fluff?

Drama, Drama and More Drama – BAD – Credibly-sourced rumors and facts about behind the scenes drama, politics and creative conflicts swirl around the series. The videos below detailing this and much more are well worth watching if you want some fact-based inside skinny on the politics and happenings with Star Trek Discovery. They’ll also give some unique and in-depth insights into Hollywood’s inner workings and why we, the fans “can’t always get what we want”.

Now you know we always try to keep positive here at SciFi Bloggers. So we’ll keep our fingers crossed and hope that Star Trek: Discovery does not disappoint. Stay up to date on all things Star Trek Discovery and Sci-Fi entertainment by joining our mailing list and subscribing to our YouTube channel where we curate the best sci-fi and fantasy related content on the web.