It looks as if Spider-Man will be making his way in a new web in the next few years. He’ll be dropping in on the Marvel Cinematic Universe after Sony Entertainment and Marvel have decided to play nice and work together, a result of the minimal success of The Amazing Spider-Man 2.

Sony tried to reboot the franchise a mere five years after Tobey Maguire finished playing the titular character in Sam Raimi’s trilogy and cast up-and-coming Andrew Garfield as the new Peter Parker and the very likable Emma Stone as Gwen Stacy. Unfortunately, director Marc Webb couldn’t sustain the power of the webbed wonder and the sequel was the lowest grossing film of the franchise and received mixed reviews from critics. Sony was backed into a corner and audiences came out victorious. 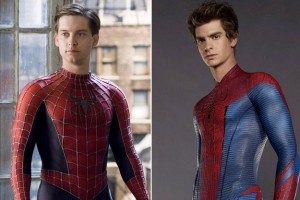 We are going to get to see Spidey alongside established Marvel characters. He will first appear onscreen in a Marvel film, but not a standalone one. After his premiere performance, Sony will release the next installment of Spider-Man. Currently, the Amazing franchise has been halted. The next installment will be released July 28th, 2017 and will be co-produced by Marvel President Kevin Feige and Sony executive Amy Pascal.

Now there are rumors and whisperings of all sorts. Will Andrew Garfield return as Peter Parker? Will they even focus on Parker or move on to Miles Morales? Does the hashtag #DONALD4SPIDERMAN make a comeback? (Hint: It already has.) In which film will we see Spidey? What does this mean for the Sinister Six film?

These don’t have answers, but I can tell you what I’m hearing. Word is that it’s not likely Garfield or possibly Parker will return because Marvel and Sony are looking to give in to the demand for diversity. Fans have mixed reactions, of course. The film? Well, it could be Captain America’s: Civil War hitting theaters on May 6th, 2016 or Doctor Strange in November of the same year. The Sinister Six spinoff as well as plans for a Venom and female Spider-Man are reportedly continuing.

There are a lot of questions and very few solid answers, so what would you like to see? New cast? New story? Let me know!

If you enjoyed Carly’s slinging, you can find the rest of her work right HERE on Sci-Fi Bloggers. You can also follow her on Twitter @MrsCarlyRodgers.