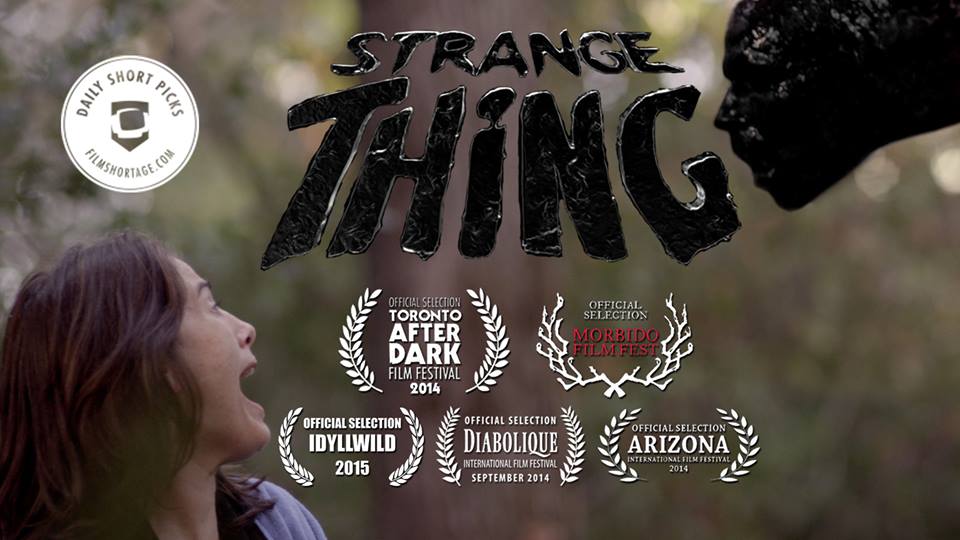 A newly married couple, Kris and Jake, wake up to find a door has appeared in their living room. As the temptation to open the door lingers, the couple discusses how to handle this bizarre phenomenon as they discover more about the person they each married.

Strange Thing is a sci-fi thriller made in the tradition of 1980’s sci-fi films featuring a strong score and stunning practical and visual effects.

A couple of days ago, I opened my email and was never happier. I was approached to review this amazing, short sci-fi thriller film by filmmaker Alrik Bursell and quickly, without doubt, accepted. What initially grasped me was the fact that it was influenced by Star Trek and from the very moment the short film began, I was completely hooked. Strange Thing, which was played at numerous film festivals, is the perfect tribute to the classic Star Trek: The Next Generation episode, “Skin of Evil” (1×23), where a team lead by William Riker attempts a rescue mission to save the lives of a shuttlepod crew from a strange, liquid life form only known as Armus. The life form later envelopes Riker and murders Tasha Yar. Instantly, I felt a hint of nostalgia as I was reminded of watching “Skin of Evil” for the first time. 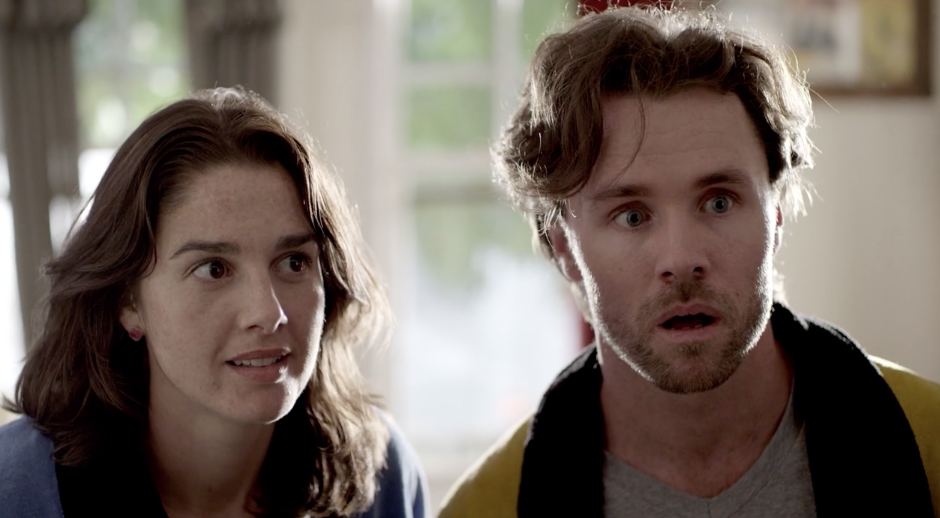 In ten minutes—that, unfortunately, went too quickly, in my honest opinion—the characters of Kris and Jake are wonderfully written and portrayed. Interestingly, the characters of Strange Thing are dedicated Star Trek fans, which can be seen with the numerous Star Trek merchandise throughout their home. Furthermore, the characterisation of both Kris and Jake is obviously inspired by Star Trek. For example, despite the fact that Kris wears a blue, science officer dressing gown, she is almost characterised as a female Captain James Kirk (come on, “Kris” and “Kirk,” hmm). This can be witnessed through her obvious recklessness and because her curiosity is the reason behind their encounter with the strange life form. Alternatively, Jake is wearing a yellow, command dressing gown, but is characterised as a more Spock-like character, providing words of wisdom against Kris’ reckless persistence.

Strange Thing is wonderfully constructed: the filming is smooth, the constant Star Trek motifs continue to solidify Star Trek‘s influence and the camera angles, partnered with the music, contribute exceptionally to the strange, eerie, 1980s feel that the film possesses. It’s intense, mysterious and leaves you wanting more. However, the most impressive element of this short film is the amazing special effects that are almost life-like.

Are you a huge fan of Star Trek? Want to watch this amazing short film yourself? You can by visiting here.

If you enjoyed Madeline’s trek, you should take a look at the rest of her work right HERE on Sci-Fi Bloggers. You should also follow her on Twitter @madeline_scifi.