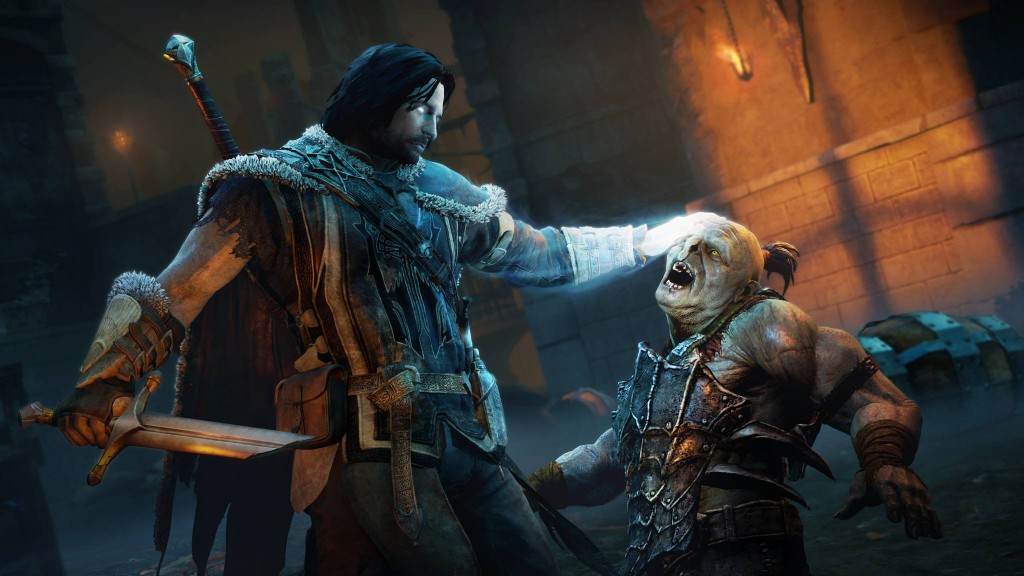 Last week, Lord of the Rings was given a new introduction into the video game realm when Middle-earth: Shadow of Mordor hit the shelves. The game takes place between Tolkien’s The Hobbit and LotR, wherein players take on the open world as Talion, a customizable Ranger of the Black Gate of Mordor. The game is receiving an average of 8.6 out of 10, and critics and players alike are raving about the “Nemesis System.” It’s kind of a game changer in, well, gaming.

The system is like a Choose Your Own Adventure story. Sauron’s army of Uruks is unique because the player’s interaction and relationships with the distinctly different Uruks within the game affect each player’s experience, ensuring a unique journey through Middle-earth. You can recruit your own Orc captains to send their soldiers to battle others, or you can listen in on Uruk conversations and gather useful and even vital information on your enemies to use against them when it best suits you. You can choose to be stealthy or blunt, but it’s absolutely your decision of what path you carve out for yourself.

As mentioned before, the playable character is Talion, who is killed when Suaron, the antagonist of J.R.R. Tolkien’s The Lord of the Rings, and his army return to Mordor. Talion’s wife and son are also captured and brutally sacrificed in the same evening. Talion is relieved from death by a mysterious Wraith, and rises to bring vengeance upon those who brought him pain.

One gripe being discussed is the creative license taken by developers Monolith Productions. Messing with famed Tolkien lore is not something you want to do. Don’t underestimate the power and rage of Tolkienites. So it may not be canon, but that’s why game designers didn’t want to feature the words “Lord of the Rings” in the title. “One of the things, our goals from the beginning, was not to make a movie game,” lead designer Ben Roberts explains. “Not to rehash the same events over again. So just trying to make the best game we can, and make it clear that this is its own thing. It’s its own story, it’s its own experience. We’re not just rehashing a movie.”