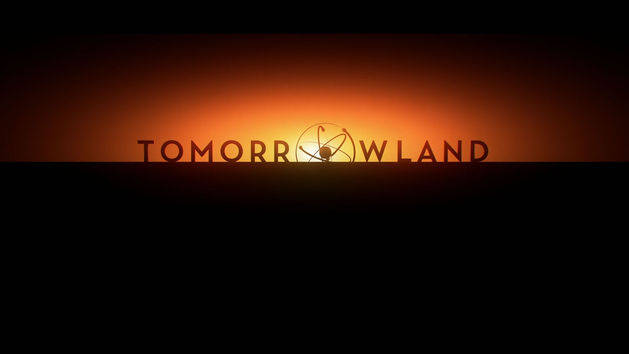 I want one of those pins.

So, I’ve heard great things about Tomorrowland and not-so-great things. I’ve heard the first two thirds are incredible and that the last twenty minutes are a huge disappointment. I’ve heard the performances are phenomenal on all fronts, that the direction is stunning, and that the mysteries of the film and how they unfold are genius. I’ve also heard that this film is “preachy” and “cliché” by the time it closes, and thus the quality of it is hindered immensely.

These are all things I heard.

I will now tell you what I saw.

Keep in mind as you’re reading this that, if you’ve been a reader of ours for some time, you know I don’t normally write reviews anymore, though I did in the past. This is indicative of Tomorrowland‘s impact on me as I have been compelled to share my thoughts on it in spite of the fact that everyone appears to be saying the same things about it.

I have been compelled.

The first time I was exposed to Tomorrowland was through a teaser trailer a while back that just chilled me. It showed very little, said very little, gave very little, but it left you with just enough to reach for more. It was a perfect taste, which is saying something the way trailers are being made these days (I’m lookin’ at you, Terminator Genisys).

Then, I sat down in a packed theater, shoved my mouth full of Milk Duds, and watched. 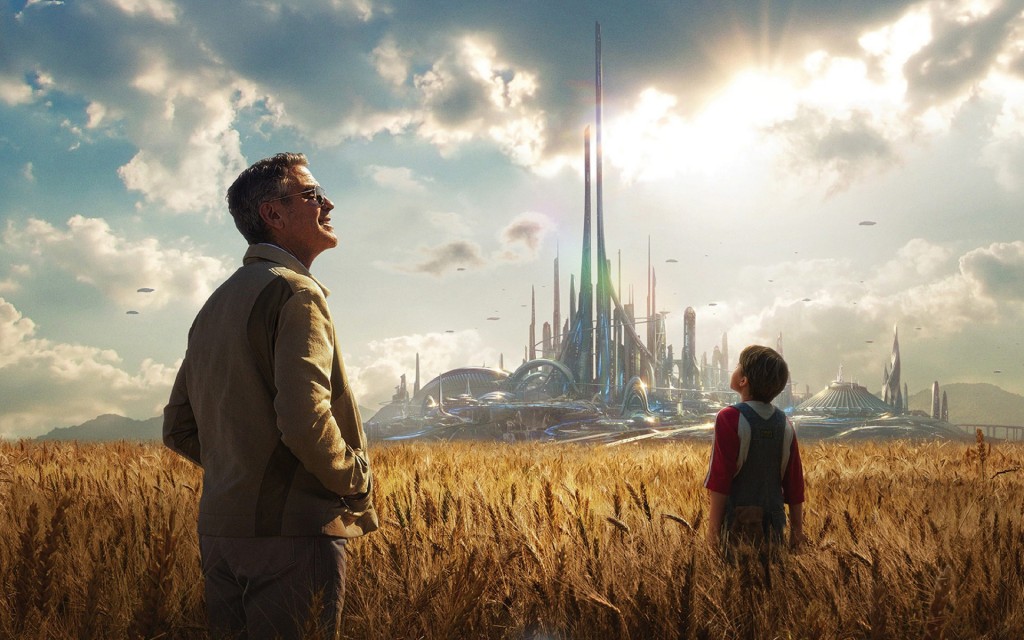 Now, I’ve put myself in an unfortunate position, in that I wish to recommend this movie to those who haven’t seen it but defend it from those who already have at the same time. So, I will do the former first, very briefly: Tomorrowland is a fun yet powerful ride that is well-shot, well-directed, well-performed, well-scored (as in music), well-edited and well worth the money I paid to see it. I ask, however, that toward the end, you focus more on the very last scene rather than the one right before which most critics I’ve read of or spoken to (understandably) have complaints about.

With that in mind, go see the movie.

Now, here’s the spoiler section, where I attempt to address those who have problems with the film’s climax (which I can understand, though I completely disagree). Also, if you are among those who criticize the ending, please note that I mean no disrespect to you with the communication contained herein. I am not personally attacking anyone or their right to have an opinion, I only mean to justify the time you spent in the theater. I urge you to have an open mind and be willing to change your thoughts on Tomorrowland based on my analysis. 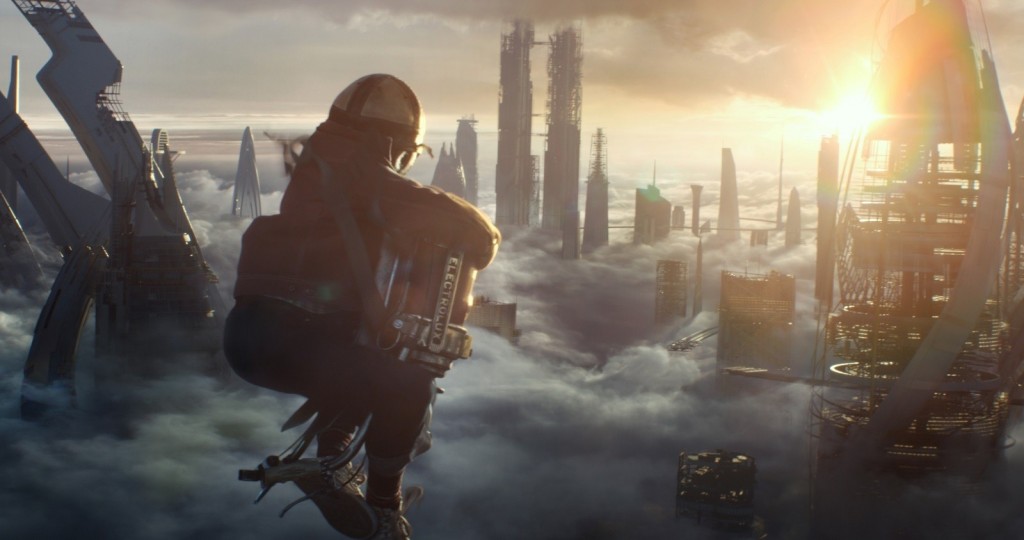 For every end there is a beginning, and this is what I wish to discuss prior to writing of our besieged finale. At the film’s start, we see a young boy, Frank Walker (played by the talented Thomas Robertson), bringing forth an imperfect jetpack he invented in the hopes that it might be featured in the current World’s Fair. When asked what use it has, he replies, “Anything is possible.” He then goes on to explain that if someone were to see this jetpack, they would believe that anything is possible, and thus be inspired to create and change the world for the better.

This scene may very well be the most crucial moment in the entire film outside of the last few seconds (again, we’ll get to those). The reason for this: the way it’s edited, the way it’s scripted, the way it’s delivered, all of it sets the stage for every major theme addressed throughout the entire film. I can tell you right now that if you watch it again and take a look at every scene that follows, this point is, in varying degrees (as in lesser and greater), communicated and reaffirmed through dialogue, through imagery, through foreshadowing and subtlty. It’s something you really have to discover for yourself in order to receive the full impact, but see it another time with that mindset and you’ll definitely notice how detailed things are in regards to what I’ve just mentioned.

Now, let’s zoom ahead a little. One of the other complaints about Tomorrowland is the manner in which our “villain” is introduced as well as his motivation. I’ll only touch on this for a bit, as it doesn’t require much attention, but I think the main problem is that we’re all calling him the “villain.” Governor Nix isn’t the best guy, but if you look at what he’s saying, he isn’t entirely wrong, and he isn’t really even a villain in the traditional sense. He’s an antagonist, for sure, but not a villain. An analogous character would be Dr. Mann from Interstellar, who, while dangeorus and antipathetic toward our heroes, wasn’t a villain by any means. Based on all the data he had, he was doing the right thing. Governor Nix is similar in that he appears to be, for the most part, justified in his reasoning. Because of this, I believe he fulfilled his purpose as a character and existed to the film’s advantage.

One other way he did so was by being the exact opposite of the “dreamers” referenced throughout the movie. He had fixed ideas and enforced them on others, a common trait found in certain elitists in our own society (by “elitist” I don’t mean “rich person.” Those two get confused far too often).

Next, we have the solving of our heroes’ short-term problem, the destruction of “Murphy’s Lens” (shut up, it’s not that dumb a name). Now I’ve heard that the biggest complaint with how this was handled was not the Lens itself (which I found to be clever), but the fact that, essentially, they just blew up the big, bad machine at the end, the Death Star. First things first, this is not the end of the movie and we need to stop calling it that. Also, let me ask you something you probably didn’t ask yourself when you were watching that scene: how would you handle it? In their position, with the urgency of the situation and knowing you were about to be dumped in the middle of nowhere, unable to solve anything from there on out, what would you do to change the course of what was already being called “history,” honestly? I’m sorry but any other solution would’ve felt forced and out of concordance with what was happening at the time. It was just common sense for them to blow it up.

But that isn’t the long-term problem, the actual thing our main characters have to solve in this movie. That’s part of it, certainly, but the main goal here is not to destroy something that’s making us think things are bad and will never change. The primary objective goes right back to what young Frank said in the beginning, “Anything is possible.” He told us his jetpack could convince people of that. Casey (played by the perfectly-cast Britt Robertson) was convinced herself when she touched the pin. 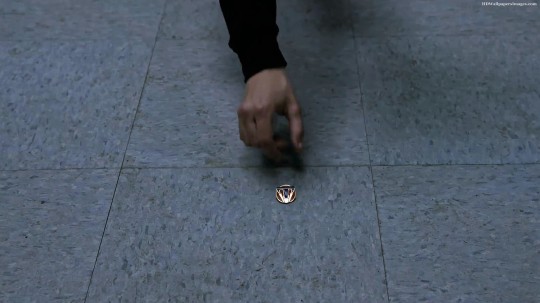 The whole point is that when one is shown what they are capable of they don’t quiver, they reach. That’s what Star Wars did for filmmakers. That’s what the Apollo program did for astronomers and astronauts. And that’s what Casey and older Frank (portrayed flawlessly by George Clooney) are doing at the very end with their recruitment program. They’re doing the thing that they know will work and making sure everyone who should be is on board. They’re inspiring people to create, to flourish and prosper, gathering artists and scientists for a grand confluence of mind and heart.

The film isn’t being “preachy” when it shows us images of cities being flooded and nuclear annihilation, and it’s not being overly optimistic when the last shot comes into frame. That’s not the point.

The point is what we were told when we saw Batman Begins for the first time: “People need dramatic examples to shake them out of apathy and I can’t do that as Bruce Wayne.”

There is a point where one must have the truth shoved in their face in order to see. That’s all Tomorrowland is trying to do, show both problem and solution in such a way that they cannot be ignored.

This movie isn’t a relationship between a man and a robot, nor is it a girl finding a miraculous world. Those are elements, not the whole.

I watched as a young girl sitting near me in the theater walked out shouting, “I want to do something!” She went on about how she wanted to help people now, change the world. That’s not an exaggeration, this happened. When I saw that, I knew this movie had done its job.

This movie compelled her.

I’m not here to say Tomorrowland is the greatest film ever made. I only wish to defend it from criticisms I do not feel it deserves. It’s a great movie, a movie people should see, twice if they didn’t appreciate it the first time. It inspired a little girl, garnered applause from the audience I was seated with, and, by the end…

…well, let’s just say I want one of those pins. 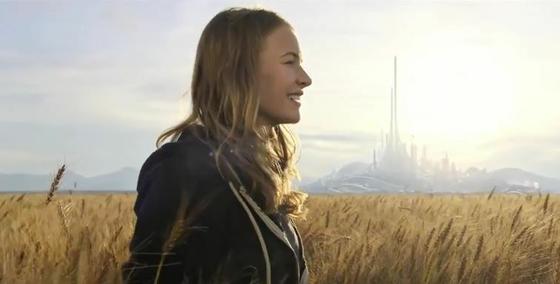 If you enjoyed Dylan’s recruitment, you can find the rest of his work right HERE on Sci-Fi Bloggers. You can also follow him on Twitter @Architect_9.