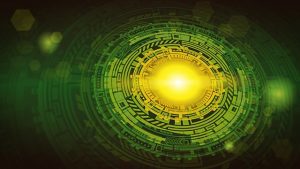 Some say a purpose of sci-fi is to predict the gadgets, gizmos, and other technological advancements we might expect in our future. And, I agree with that. Furthermore, I think it’s time we see how well sci-fi artists did and list technologies they predicted that came true.

So, we are not “pew-pew-ing” our way through Storm Troopers yet, and they did not replace guns as our species’ main ranged weapon. But, we have them, and we are using them for interesting things. A lot of them are military, but, going forward, the ability to focus intense light to one spot is—I hope—going to become a more prominent general use item for things like manufacturing and medical tasks. Just because that would be cool.

Star Trek is the classic example of this device showing up before someone made it for real. But, really, how many science fiction stories contain machines that allow people to talk to each other without having a bulky telegraph or rotary phone nearby? Quite a few, I’d wager. And, for good reason. It was such a good idea that nowadays you likely are never more than a few feet away from one.

That old dream of “computer, call the captain” now comes to life in the form of several little A.I. girls. Alexa, Cortana, Siri, and Google’s unnamed A.I. all take voice commands and can do more than often people realize. And, they are just as endearing as predicted. Everyone likes making stuff happen just by speaking—it makes us feel powerful.

Yes, I know Orson Scott Card has quite an um…reputation…for certain things he’s done. But, regardless of that, in Ender’s Game, he predicted what is basically internet forums. His version of a comment section is much more… let’s say “civil” than the real thing, and puts a lot more stock in what a few smart people could be capable of on them, but, he still did get the general idea of it right. That’s still impressive.

The “feelies” in Brave New World is a great example of this. As is the Empathy Box from Do Androids Dream of Electric Sheep? Once we had the idea of humans going into machinery, or being mesmerized by devices for fun, it was natural for mechanical creations that simulate physical feelings to show up in fiction. Let’s just hope in the real world it doesn’t go the way of The Matrix.

Sci-Fi writers don’t get everything right, but, they do manage to be surprisingly prescient sometimes. The stuff they concoct inspires real-life creators and vice versa. And, with that relationship in place, especially with expanding technological possibilities opening to us as humans, I’m excited to see what new things artists might predict, and what inventors might bring to whirring, blinking mechanical life.