Scarlett Johansson will be leading an action film where she will kick all sorts of ass, but it won’t be as Black Widow. A beloved manga series is coming to the Western world as a live-action film with ScarJo starring in Ghost in the Shell. 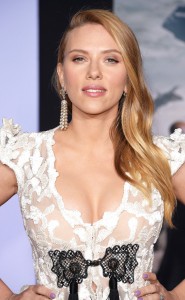 Ghost in the Shell was originally released as a manga series in 1989 by Masamune Shirow and spawned multiple animated television series, video games, and two animated films with a third being released this summer. Johansson is likely to play Motoko Kusanagi, a member of Public Security Section 9 and a full on cyborg. She’s a classic hero who deserves to find a good home all over the world.

However, there are things concerning the film that could be trouble. The film is not yet greenlit, but attaching a mega star like Johansson, who has starred in hits like Lucy and Under the Skin last year and the upcoming Avengers: Age of Ultron, will help. The worrisome part is the backlash the film has garnered for “whitewashing” a Japanese classic. There are Japanese actresses that can play the character and hold their own in theaters, and we see characters of color played by white actors who lend big names to the film. Recently Ridley Scott’s Exodus: Gods and Kings, drew similar controversy. Of course, since the film isn’t official, Dreamworks and Disney were probably eager to attach a star to get the film made and Disney threw ScarJo’s name into the ring after fans began begging for a stand alone film for her Avenger’s character, Black Widow. The backlash could affect the film going forward. 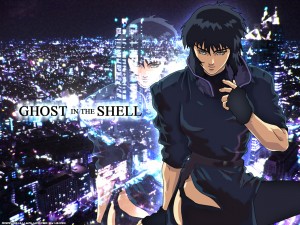 The film’s release date is tentatively scheduled for April 14th, 2017 and will be directed by Rupert Sanders, known for Snow White and the Huntsman and breaking up Kristen Stewart and Robert Pattinson. Jamie Moss and William Wheeler will adapt Shirow’s work for the screenplay.  No other names are attached at this time.

If you enjoyed Carly’s shelling, you can find the rest of her work right HERE on Sci-Fi Bloggers. You can also follow her on Twitter @MrsCarlyRodgers.