I am not editing a word of this. No italics, not quotes, nothing. You’ll know why.

My arm hurts.  My hand hurts.  My fingers hurt.  As a writer this presents a bit of a problem.  I am so used to using a keyboard that it never occurred to me how much I rely on my hands and fingers in order to do my job.  That is until I got diagnosed with repetitive strain injury and tennis elbow two weeks ago.  Let me tell you a little something about RSI…it barking hurts!  Let me tell you something else about speech recognition…it appears unable to recognise your swear words.

According to the program I’m using, the more it hears my voice the more it understands my voice.  It sounds a bit like a Dr. Many (Dr. Many was supposed to be ‘dog’) to me.  I am actually worried that if I woke up tomorrow morning and whistled ‘hear boy!’ the computer will jump on my bed wagging its USB ports at me.  However according to the help manual this shouldn’t happen.  Nevertheless I am probably going to have nightmares about being attacked by my laptop in the middle of the night.

Speech recognition has been around for a few years according to my research.  In fact it’s been around since way before Star Trek was first broadcast in 1966.  Researchers including Harvey Fletcher from Bell Labs where investigating the science of speech perception in 1932.  Bell Labs built a system for single speaker digit recognition in 1952.  Whilst these early experiments were pretty basic, they did lay the groundwork for the systems we have begun to use in our daily lives.  This is not to say that all speech recognition software is amazing.  Who else gets really angry when they hear ‘I’m sorry I don’t understand’ at the end of an automated phone line or when Siri messes up?  If you’re anything like me you usually end up telling the automated voice to far cough! (Guess what those words were meant to be.) 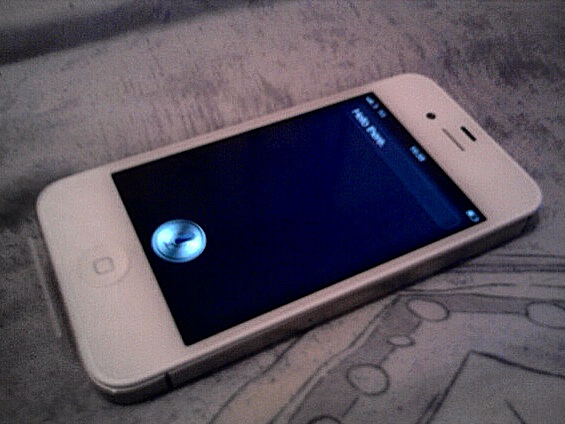 On a positive note

At least this will make me dapple (dabble) in flocking (vlogging).  I suppose when I’m speaking to a camera I wouldn’t have to constantly get the computer to check my spelling.

These are the continuing voyages of one man and his mic…

There are many speech recognition programs available to use all over the internet.  At the moment I have been using the Windows software which comes pre-installed arm (on) every Windows based laptop.  As you can see it’s not perfect and I think I am going to try other programs.  I don’t really want to, but as my arm is currently less responsive than the speech recognition software (itself not very responsive), I don’t have much of a choice.  So for now I might as well embrace the suture (future) no matter how scary or irritating it is…

(All typo definitions were inserted postscript)

If you enjoyed Allen’s unadulterated voice (ah), you can find more of his work right HERE on Sci-Fi Bloggers. You may also visit his website by clicking HERE or follow him on Twitter @TheOnlyJohnnyA.