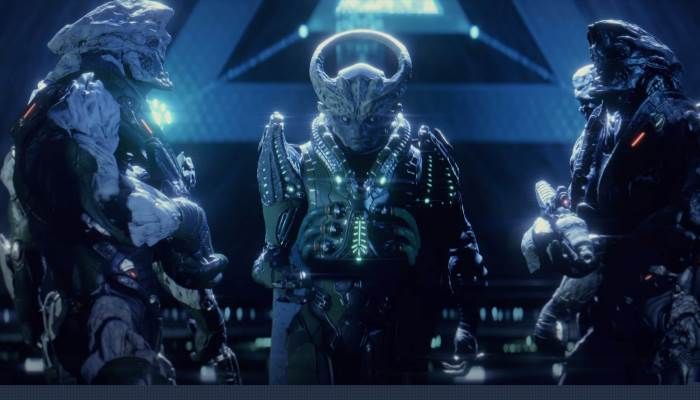 The last two weeks have seen a flood of almost daily information, sneak peaks, previews and details about Mass Effect Andromeda. As of yesterday, media outlets who’ve been playing the game have begun sharing let’s plays, ship tours and opinions about the game. As always, we’ve collected the best of everything and compiled it here for you. We also keep our Mass Effect Andromeda YouTube playlist up to date daily. So you can always check there for the latest video news on Mass Effect Andromeda all in one place.

Now for the round up.

IGN has released more videos including character introductions and let’s plays. Their let’s play includes the full opening mission of the game. We have not included it here due to obvious spoilers but if you want to see it, here’s the link along with the link to their 1st 13 Minutes video released last week (if you don’t want to see the whole mission). Note: We’ll be adding those videos to our playlist after the game has been out for a week or two.

Liam’s Loyalty Mission video doesn’t really have a ton of spoilers so we’ve included it.

Eurogamer released a nifty little spoiler-free walking tour of our ship, The Tempest along with a “Things You Need To Know” video.

And finally, SFB Fav JV2017Gameplay has released a good starter guide for how to prepare for the game. Subscribe to him too. Tons of great content.

Our favorite Mass Effect Andromeda sources, along with other YouTubers, have released a bunch of let’s plays which you can search for if you’re interested.

The next time you hear from us on this, we’ll probably be playing the game. 😉 Early access for Mass Effect Andromeda starts tomorrow for members of Origin and EA Access.