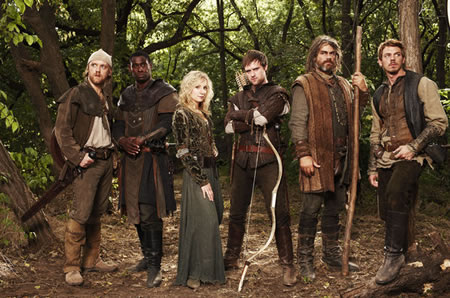 Premise:
As opposed to the first two seasons you see a much darker and stronger version of Robin Hood as he comes home from the Holy Land. All he has on his mind is to seek revenge for the death of Marian, and to punish Guy of Gisborn, her murderer. However Gisborn seems to not care one way or the other if he is dead because he too was in love with Marian. While all of this is going on the Sheriff has sold all the men of the area into slavery to fight in a foreign war. A new member joins Robins band of merry men when she shows up to protest the fact her brother was sold off to fight in a war.

WhatÂ´s Good:
A timeless tail of bravery and heroism told in a darker yet adventurous way. Excellent plots and twists around every corner. Leaves you wondering what will happen next. Great make up and effects. Superb acting on the actors portrayal of the characters.

The Not So Good:
With this story much like with other stories of this type its just to far played out. There are countless stories and movies of Robin Hood to be found all over the place. There have been many people that have played the part of Robin Hood. It does get rather boring after a while to see yet another Robin Hood theme. Killing Marion was not a good move.

Overall:
This show did not seem to be a very big hit as there were a few years between seasons 2 and 3 and of course the show was canceled with no season 4 in site. All be it great acting and effects but the played out theme just did not have what it takes the grab the attention of the audience.