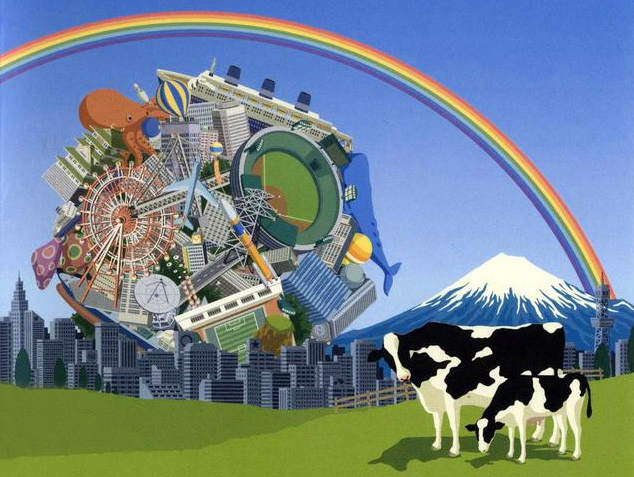 I cannot help but feel slightly sentimental to one of the most entertaining puzzle-action games every created, Katamari Damacy. Developed by Namco especially for the PlayStation 2 – yes, remember that console? – the game allows you to enter a trippy alternate universe where you gain the ability to roll over everything imaginable in your way. From cows to human citizens and when you get large enough, every single skyscraper around, Katamari Damacy’s catchy introduction certainly isn’t the only aspect that got me hook to my now aging PlayStation 2. Released in 2004, this September marks 8 years since the release of the game that has everyone actually liking the headache they get from the constant screaming of sound effects when you constantly roll over one particular object over and over. Can’t remember what I’m talking about? Well check out the game’s introductory song that will have you in a sort of high that doesn’t require any form of drugs:

As you can see, Namco certainly has an interesting sense of humor to say the least. Whether it is the dancing panda bears or fabulous King, I assure you that this explosion of colors will not kill off any brain cells. Once you start rolling, you aren’t ever going back. The multitude of levels and missions kept every fan glued to their seats such the “Make A Star” or “Make the Moon” mode which will make you roll until you can roll no more. Although you have a designated time frame, such a limit is created to stimulate you further in completing the level with an adrenaline rush. Think you’re the best roller? Lets not forget the multi-player option that provokes a little friendly competition with family or friends to see who can roll over the most objects under three swift minutes. With such freedom that is bestowed upon you and the Prince, what may seem like a ridiculous and cheesy game on the outside is in fact a work of art once unraveled. Let’s refresh our memories with some rolling action below.

Following the game’s initial success, it came as no surprise that a line of sequels was produced over the years. We Love Katamari – the direct sequel released in 2005 and 2006 – excited fans further with newly implement features along with the innovative cooperative gameplay option that allows you to share your giddiness with a friend or relative. Nevertheless, it is safe to say that nothing beats the original that started it all. As I stare at my copy of Beautiful Katamari that still lays idle beside my Xbox 360, I can’t help but wonder if the graphic makeover and even newer features will provide me with the same feelings when I rolled my first adhesive ball. Although the game series is often known as a sleeper hit, let us hope that those of us who have long since tucked our katamari away always remember the merriness that was captured perfectly in this fantasy world.