My father owns more than 800 Star Trek novels since the 1980s, my brother introduced me to my very first PC game (Starcraft if you’re curious) when I was eight and when I was a youngling, my mother who was a sci-fi/fantasy fan herself allowed me to sit in front of the television if I was watching ‘mom-approved’ programs. Growing up surrounded by a family that among other activities sat down together every week to watch the latest episode of Star Trek on television certainly had a great impact on my genuine appreciation for the world of science and science fiction. Almost twenty years later, here I am writing for this very blog that has also caught your attention. Lets take a step backward into the past and revisit those moments where many of us sat hypnotized in front of the talking black square box, absorbed by its vibrancy and mesmerized by its intelligence. Here are five television programs that inspired my love for all that is science (real or fiction), a love that still persists today. 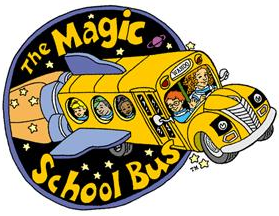 In the words of Ms. Frizzle herself, “To the bus!” I remember waking up bright and early every Saturday morning to assure that I do not miss the introduction. Although the series has long ended, The Magic School Bus was and still is an excellent program for schoolchildren worldwide. The rich cultural diversity among Ms. Frizzle’s class is charming and invites greater appreciation from an international audience. The myriad of science topics explored is definitely the cherry on top that completes the series. Whether you’re traveling across the solar system or revisiting the land of the dinosaurs, a ride in the bus will never cease to impress. On September 4, 2012, Scholastic and New Video Group have announced that they will release the complete series on DVD in Region 1 for the very first time so don’t forget to mark your calendars. 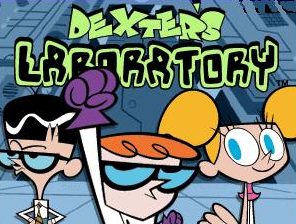 My favorite cartoon on Cartoon Network, I was always blown away by Dexter’s genius inventions. From giant mechanical boots that kicks shoe gnomes to escaping a “Darbie doll” convention while dressed as “Star Check” characters, Dexter’s daily life is never a boring one. In 2009 Dexter’s Laboratory was deemed as the 72nd best animated series by IGN, stating that “While aimed at and immediately accessible to children, Dexter’s Laboratory was part of a new generation of animated series that played on two levels, simultaneously fun for both kids and adults.” I couldn’t agree more because I still find myself watching the series late at night on the tele.

Science never seemed so cool until Bill Nye takes us through his Nye Labs. Amounting to a total of 100 episodes, each episode touches on a unique topic in science that will leave you with increased knowledge and wanting more. The series is still shown across specific channels as well as used in schools as an education medium. Whether you enjoy learning about your muscular system, the moon or just getting a good laugh from the song parodies such as “Smells Like Air Pressure”, this television program combined science and humor that made learning fun. 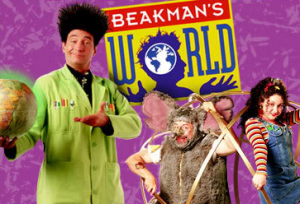 A mad scientist at his best, Professor Beakman and his wacky experiments provide an entertaining blend between humor and intelligence to illustrate scientific principles. Together with his companions Josie (original) and Lester the Rat (RIP Mark Ritts), the show responds to a viewer’s question about science and utilizes comical techniques such as abrupt animations, cheesy sound effects, and interviews with famous dead people of science to enhance our understanding. Along with Bill Nye The Science Guy, these two television series provided me with science fundamentals that prepared me a great deal for school. 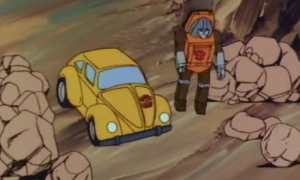 Autobots, transform and roll out! A sci-fi classic at its best, I watched every single 90s rerun with my brother on the cold marble floor while we ate our breakfast. Many of us grew up with this original series that introduced a world of transforming robots long before high definition depictions today. Despite the constant autobot/decepticon symbol that intervenes every five minutes, the storylines are great ones and the varieties of robots are especially enjoyable. Seeing bumblebee as an old school beetle also never stops to make me smile and relive my childhood. Here’s an episode from the original series where Starscream attempts to destroy earth:

That sums up my top 5 inspirations. What are yours?