After successfully launching a pilot at the beginning of the year fans can now finally watch more of The Man in the High Castle on Amazon.

The series was the most watched in the history of Amazon’s pilot development project since being released on January 15th. Based on the famous Philip K. Dick novel the story follows an alternative timeline after World War II where the Axis Powers won and now the United States is split between German and Japanese control. A further ten episodes explore the mystery of Juliana, a young woman chasing after a secret piece of film and a young man, Joe trying to find his way. 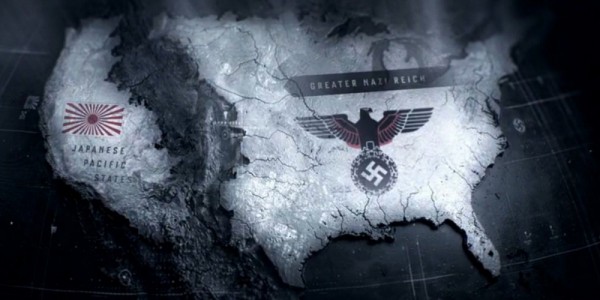 After a stellar pilot the newest installments take a bit of time to really find their footing. The first few episodes drag on whereas the premiere was full of mystery and set up, but the middle of the season is where things get back on track. Once it grabs hold of you it doesn’t let go. When the final scene played I couldn’t help but notice that my mouth was hanging open and I did that thing you do at the end of a good season finale. You say, “What the f***?”

It’s a series to keep an open mind about. The stunning visuals and eerie alternate timeline encapsulate the viewer into feeling uneasy. Our lives could be so different. While the beginning felt a bit predictable, you cannot be prepared for the twists and turns that follow. Amazon wraps it with a science fiction bow, but some scenes strike so close to a possible reality and tie to very real emotions. It’s rich, wonderful and an unsettling mix of fun and paranoia. Already being well-received, it’s likely viewers can get excited for a season two.

You can watch the pilot for free over on Amazon Video and check out the rest of the season with Amazon Prime.

If you enjoyed Carly’s castle, you can find the rest of her work right HERE on Sci-Fi Bloggers. You can also follow her on Twitter @MrsCarlyRodgers.